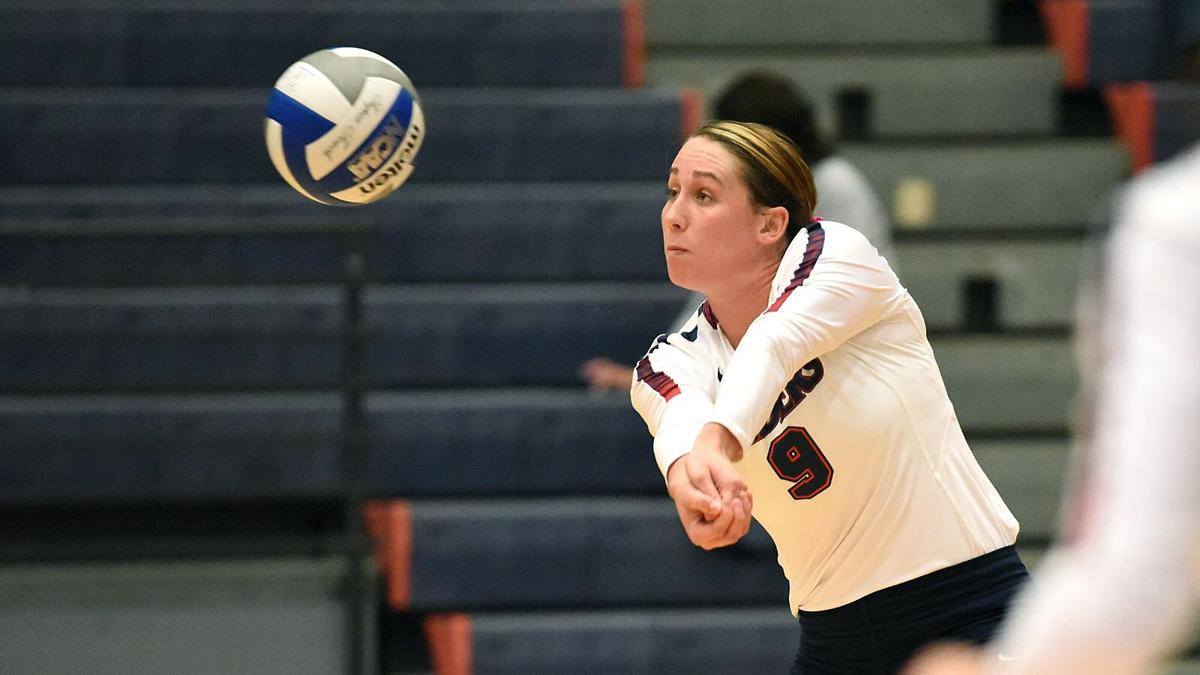 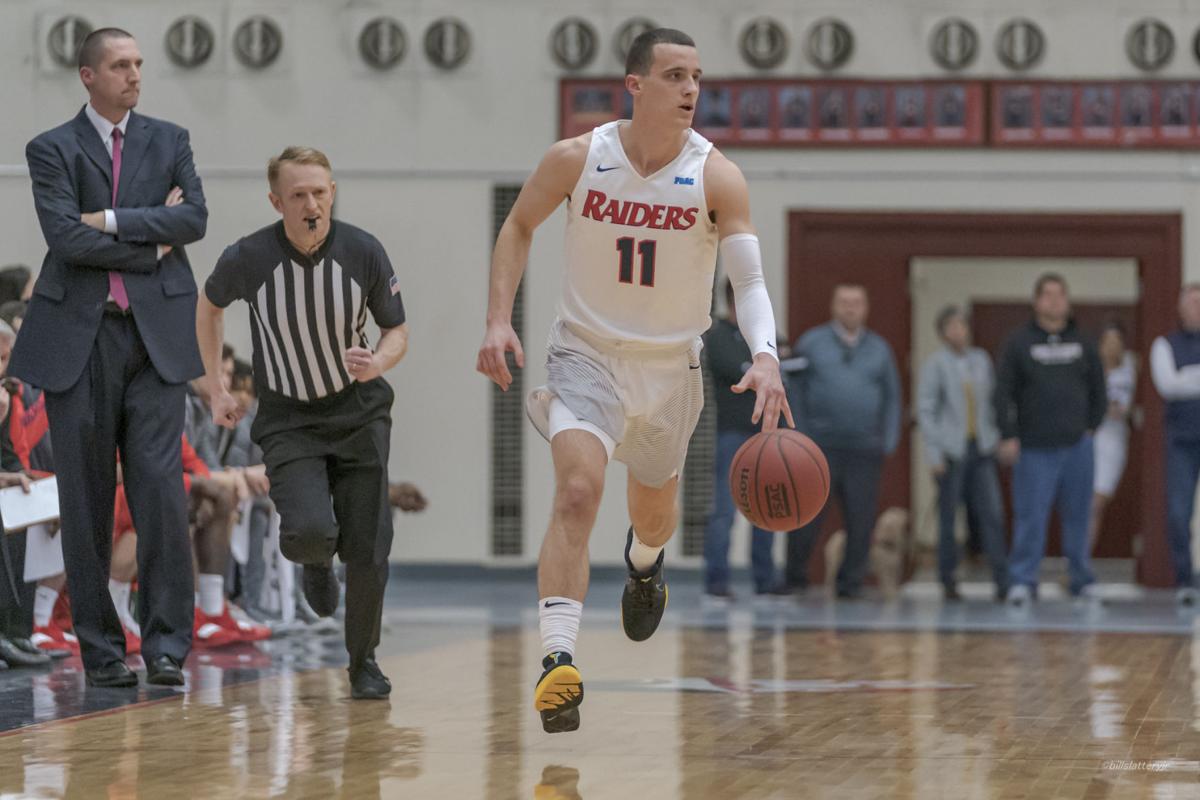 The Shippensburg University Department of Athletics named junior Jake Biss (men’s basketball) and senior Gabriella Johnson (volleyball and women’s swimming) as its 2019-20 Student-Athletes of the Year on Monday, April 6.

For the second consecutive year, the Student-Athlete of the Year awards were presented as a part of SU’s annual Scholar-Athlete and Faculty/Staff Luncheon. This year’s event was presented in a virtual format due to the coronavirus pandemic.

The selection process for these prestigious awards are based on achievements in academics, leadership, sportsmanship, community service and athletics. Nominees are submitted to a campus committee, who then reviews the candidates and selects winners based on these criteria.

Also on Monday, Bill Yost – director of housing and residence life – was recognized as the 2019-20 Raider of the Year. The Raider of the Year Award commemorates individuals who provide genuine support to the athletics department and work toward the betterment of all the intercollegiate athletic teams on campus, among other qualities.

Yost was commended for going “above and beyond” the call of duty. He was lauded not only for his invaluable assistance to student-athletes and coaches in the realm of athletics, but additionally for his outstanding overall contributions to the SU campus and community.

Biss is a junior point guard on the men’s basketball team that posted a 24-7 record, reached the championship game of the 2020 Pennsylvania State Athletic Conference (PSAC) Men’s Basketball Tournament, and qualified for the 2020 NCAA Tournament as the Atlantic Region’s No. 4 seed.

On the court, Biss led the Raiders in scoring (15.9 points per game) and ranked fourth in the conference in averaging 4.4 assists per game. He shot 40.3 percent from three-point range and 89.9 percent at the free-throw line. Biss posted double-digit points in 25 games, including 10 games of 20 or more points. He recorded four or more assists in 19 games, including eight games of six or more assists.

A finance major, Biss maintains a 3.49 GPA. Off the court, Biss is lauded for his work ethic both athletically and academically. He is a member of the Student-Athlete Advisory Committee (SAAC). Throughout his career, he has been involved with Team IMPACT and Inclusive Basketball. As was written on his nomination, Biss “is a tremendous example of a true student-athlete and someone who the entire SHIP community can be proud of.”

Johnson is a two-sport athlete at Shippensburg. She is a starting outside hitter for the volleyball team and a dynamic breaststroke and freestyle swimmer for the women’s swimming team.

Her athletic performance resulted in postseason honors in both sports. In the fall, as a volleyball student-athlete, Johnson was an All-PSAC Second Team honoree who was also selected to the 2019 NCAA Atlantic Region All-Tournament Team. She ranked sixth in the PSAC in kills (430) and eighth in kills per set (3.41), pacing the Raiders in both statistics with new career highs. She also ranked 13th in the PSAC in digs (509), the most by any non-libero. Johnson totaled 19 double-doubles this season with kills and digs, having recorded double-digit kills in 26 matches and double-digit digs in 25 matches. She finished her career as one of eight players in school history with at least 1,000 career kills and 1,000 career digs.

A marketing major and coaching minor, Johnson is in her final semester of classes this spring and maintains a 3.49 cumulative grade-point average (GPA). In February, Johnson was the female recipient of the Presidential Medal Scholarship awarded by Shippensburg University President Laurie Carter.

In addition to her academic pursuits and her participation in two varsity sports, Johnson has served as the president of Shippensburg’s SAAC in 2019-20 and maintained her membership with Tau Kappa.

As was written on her nominations, “Gabbie is the best person and performer any coach could ever wish for.” Likewise, “there is no doubt that Gabbie represents the ultimate model of what a Student-Athlete of the Year is all about.”