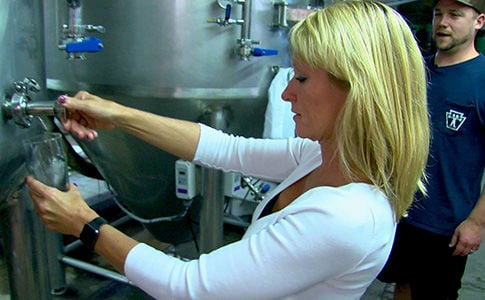 Dr. Alison Feeney is leading the development of some new short courses at Shippensburg University to address the needs of the state’s brewed and malt beverage industry. 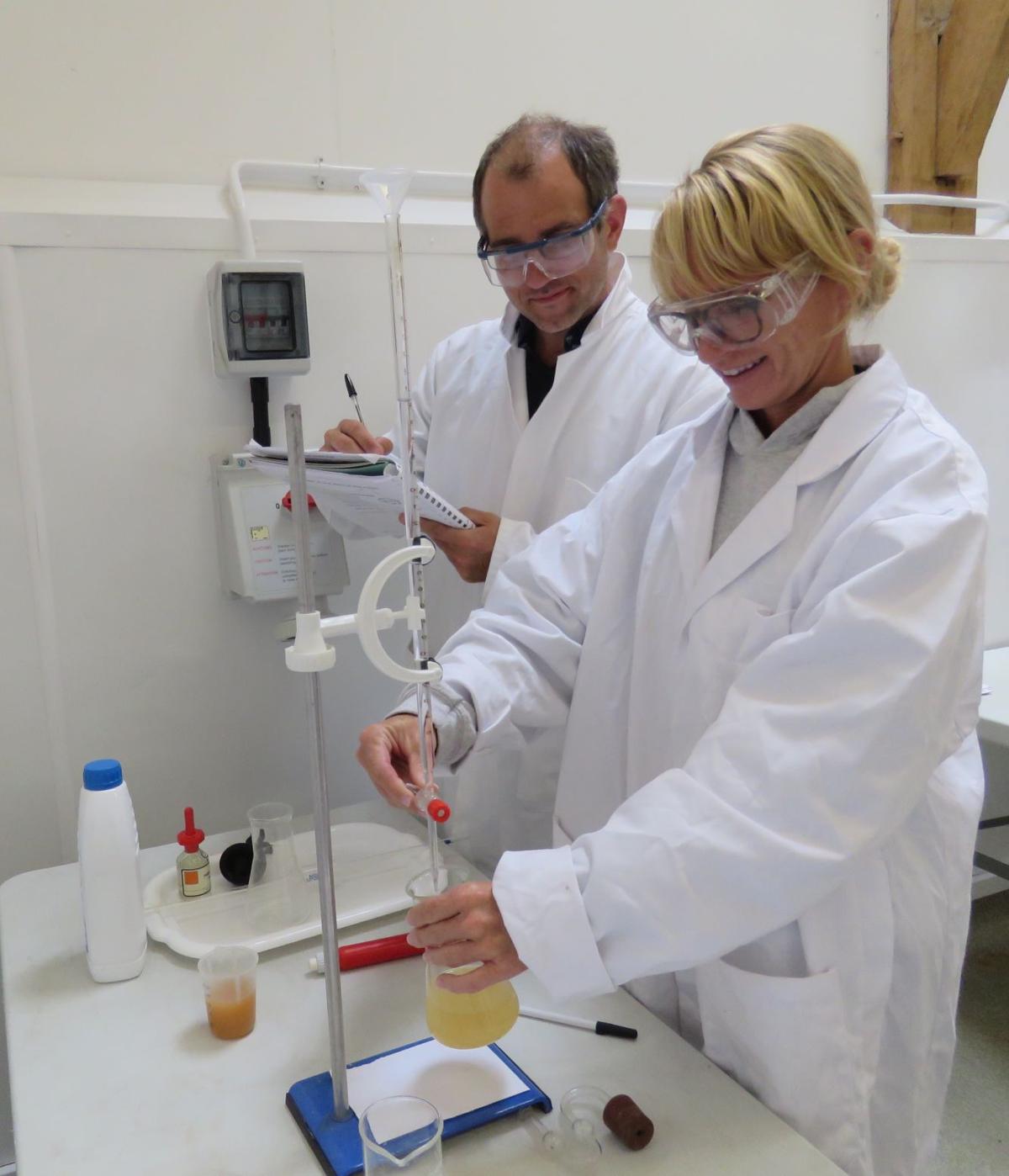 Dr. Alison Feeney is leading the development of some new short courses at Shippensburg University to address the needs of the state’s brewed and malt beverage industry. She is pictured here performing a titration test of the acid in cider as part of a hard cider class she took over the summer in England. 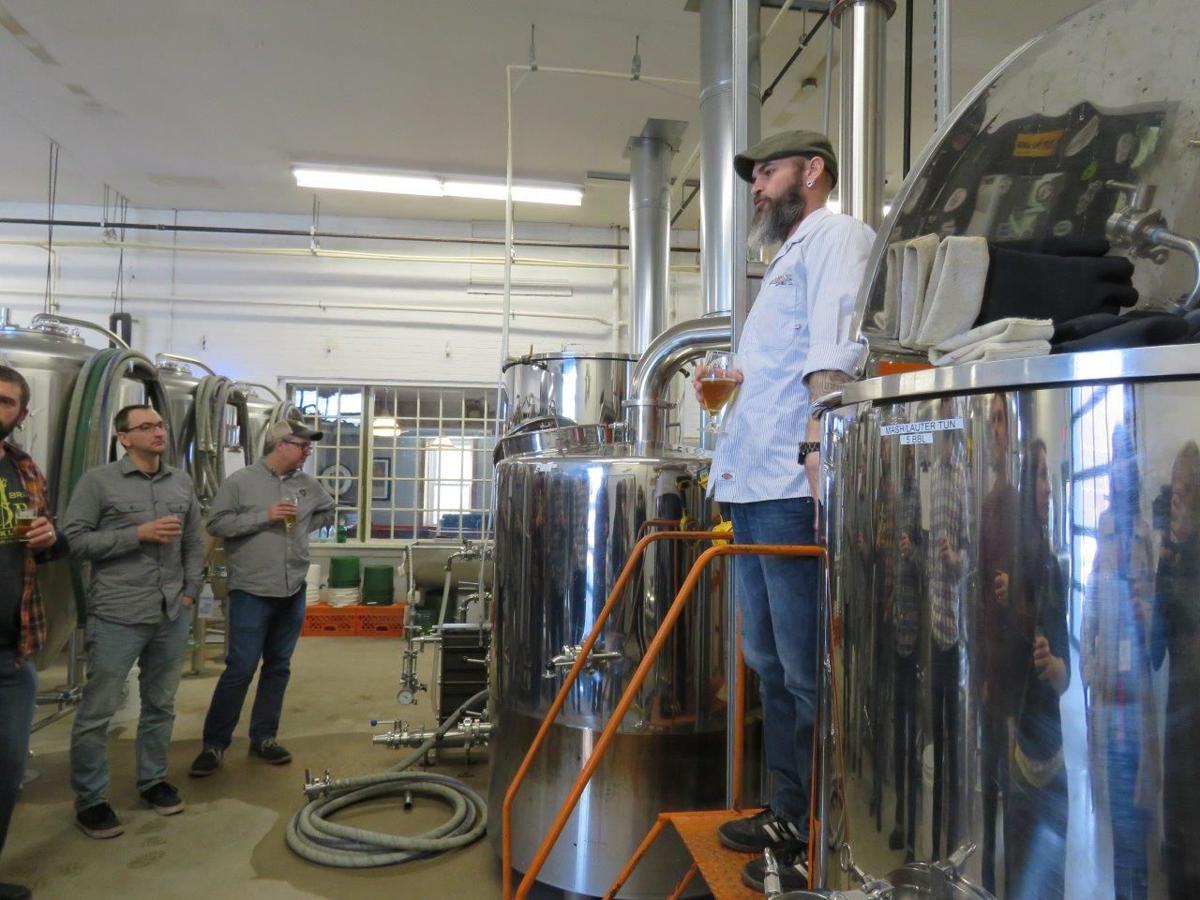 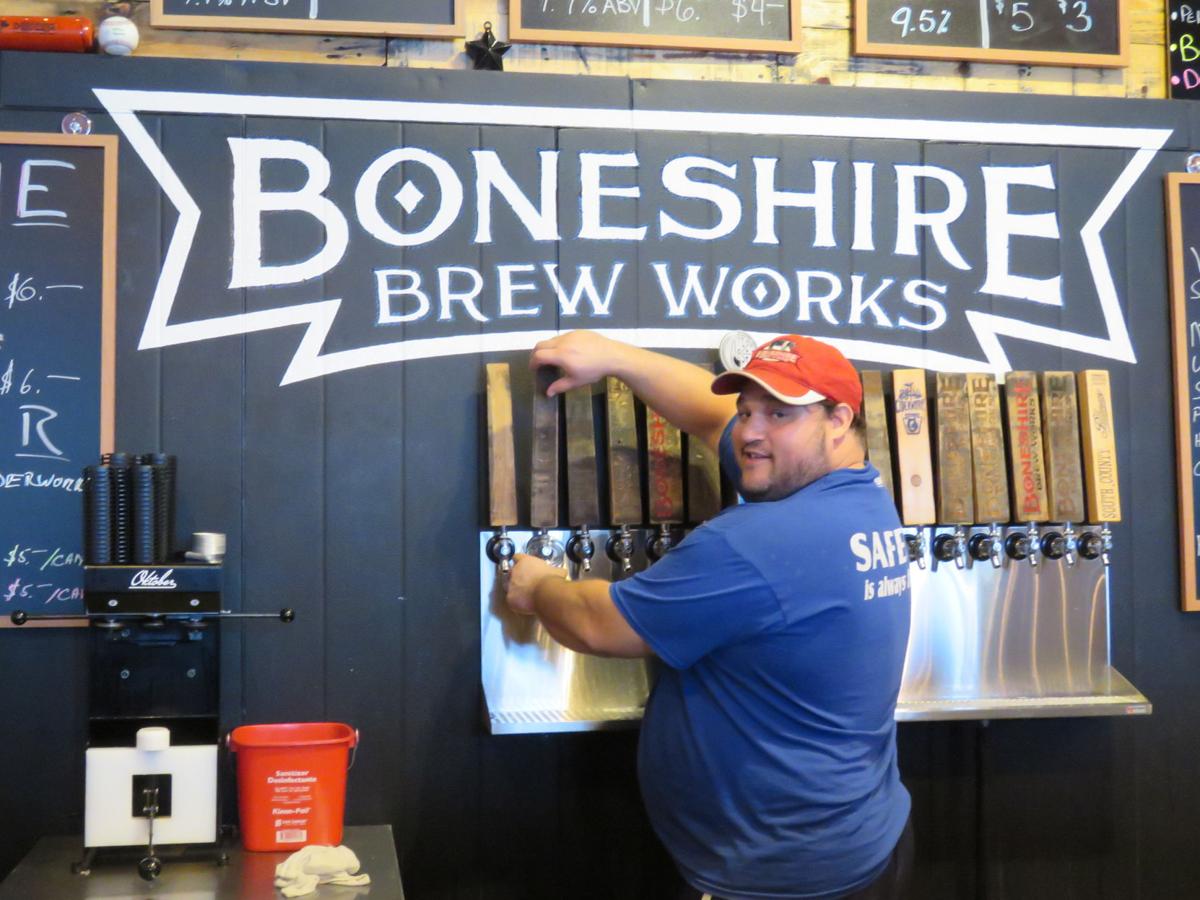 Dr. Alison Feeney is leading the development of some new short courses at Shippensburg University to address the needs of the state’s brewed and malt beverage industry.

Dr. Alison Feeney is leading the development of some new short courses at Shippensburg University to address the needs of the state’s brewed and malt beverage industry. She is pictured here performing a titration test of the acid in cider as part of a hard cider class she took over the summer in England.

The Pennsylvania Liquor Control Board (PLCB) recently awarded grants to Shippensburg University (SU) for $71,701 and the Cumberland Area Economic Development Corp. (CAEDC) for $50,000 to fund projects that will contribute to the growth of the state’s brewed and malt beverage industry.

Gov. Tom Wolf announced Dec. 19 that 12 projects, totaling $791,412, had received PLCB funds in an effort increase the production of Pennsylvania-made malt and brewed beverages, as well as enhance the Pennsylvania beer industry through promotion, marketing, and research-based programs and projects.

Between 2016 and 2017, Pennsylvania's industry grew by close to 100 breweries, according to a study by the Brewers Association — more than the previous three years combined.

SU’s $71,701 grant will be put toward the development of three or four short courses to be ready for enrollment within the next year, according to Dr. Alison Feeney, geography and earth science professor and lead project director for the grant’s implementation.

Professors will teach these courses “collaboratively” with professionals in the brewing industry in an effort to meet the needs of the industry. The courses will focus on science, technology, engineering, fermentation and management skills related to the industry.

The courses will vary in length, as short as two to five days, and will look to educate traditional and non-traditional students. Credit and non-credit program options will be available.

She said the goal is to have one or two short courses available for this summer.

Some of the grant will also be used for the costs incurred by these professionals to travel, but Feeney said no new equipment will be purchased, noting the university already has the lab facilities, computers and equipment needed to teach the courses.

She said other educational opportunities open to the public could be offered as part of the grant, including seminars, workshops and tours to meet local brewers.

SU held a brewery summit last spring with 35-40 local brewers, which is an event that Feeney hopes will be held once every 6 months.

After the inaugural forum, a survey was sent to brewers to gather input on the best training methods for future workers in the industry.

SU now has a list of 15 course ideas “that are pretty realistic” — but will look to narrow down as soon as the holiday break comes to a close. Feeney declined to comment on the specific topics of the courses as the survey is still open and, they are still looking over the results.

These courses will fall under the category of SU's Professional, Continuing, and Distance Education (ShipPCDE), which are courses designed to focus on “lifelong education and works to ensure that there are opportunities for students in every stage of their professional career.”

The focus of ShipPCDE is also on “customized training and professional development programs for employers who wish to help their employees expand their knowledge and accelerate their career goals.”

Feeney has been studying craft beers and their history for the last three or four years. She has written several academic papers on the subject and previously released a book, “For the Love of Beer,” that examines Pennsylvania's brewing history, geography and cultural richness while highlighting more than 100 of the state’s thriving craft breweries.

“We think the time is right, and the demand is out there,” she said. “It’s not going away, and it continues to grow.”

Through her communications with local brewers, she noted Pennsylvania has very few spots where a person can train and learn about the industry. Many have to go overseas to countries like Germany, she said.

There are many reasons cited for the recent demand, but Feeney said the specific demographic of the urban areas stood out her, especially in Philadelphia and Pittsburgh, and how the state has a great outdoor culture and history that makes breweries attractive in Pennsylvania.

Serving the non-traditional student will be a way “to bridge the community,” she said, adding this can be directed at those who presently work in the industry who want to learn more.

Feeney said this industry incorporates skills in multiple disciplines beyond the sciences, like writing, business, marketing, engineering and technology. She said many professors of other departments have already reached out to her about contributing to the program.

“It’s a really fun project where people can come together,” she said. “It’s amazing how much support we’ve already gotten on campus.”

After the courses take off, she hopes apprenticeships and shadowing opportunities of local brewers will become available to students in order to further meet the needs of the workforce.

“We want them to realize how hard brewers work — it’s hard labor,” she said.

She wants students to know what they are getting into, she added.

Feeney's distant dream is to someday have a brewery on campus.

CAEDC’s $50,000 grant will be put toward new videography and photography that will continue to highlight the area’s beer industry. This will include the marketing of the new Cumberland Valley Beer Trail, which has more than 25 local breweries and pubs to visit.

According to CAEDC spokeswoman Kristen Rowe, they will be working with photographers and videographers each month to further publicize their beer trail on social media channels.

“There is such a market that people are willing to travel,” she said, noting people will try to fit as many stops in on the trail as possible.

She added the area is “ahead of the game” in terms of promoting the industry, and now they will look to expand to new outlets and target markets, using what has already proven to be successful.

She said funds will be put toward articles on a site called Thrillist, which “finds the best and most under-appreciated places to eat, drink and shop,” as a form of digital advertising and targeted marketing.

As a result of the extra funding from the state, she said CAEDC can now focus on another avenue of promotion called Untappd where a person can share the brew they are enjoying at the current moment. CAEDC had only been focusing on Washington, D.C. and Philadelphia with beer trail promotion, and can now focus on areas like Pittsburgh and Baltimore, among others.

“Some may have been worried about oversaturation, but there is clearly a need, and we continue to a see a market,” Rowe said.

Through beer tourism, CAEDC hopes to see an increase in sales and visitation to other area attractions, lodging, dining and shops.

More than 350 breweries exist in Pennsylvania, Feeney said, and the state now leads in number of barrels produced after recently passing California.

“Increasing the quality, production and sale of malt and brewed beverages produced in Pennsylvania is vital, not only to our growing beer industry, but these improvements also enhance agricultural and tourism opportunities in the commonwealth,” Wolf said. “These grants will explore how agriculture can better support brewers, give new tools and resources to beer makers, and ultimately help improve the craft beer experience for Pennsylvania consumers.”

Act 39 of 2016 created the Pennsylvania Malt and Brewed Beverages Industry Promotion Board and authorized the PLCB to approve up to $1 million annually for development and marketing of the Pennsylvania beer industry.

“The craft beer and brewing industry continues to grow and thrive in Pennsylvania, and these grants will fund projects focused on agricultural research, industry training, product development, economic development and consumer engagement to advance production and marketing of Pennsylvania beers,” said Board Chairman Tim Holden. “The PLCB is proud to support the continued development of the commonwealth’s beer industry through these grants.”

“Craft brewing has grown exponentially in Pennsylvania,” said Agriculture Secretary Russell Redding. “This investment in research will support our brewers’ efforts to produce quality and variety and stay number one in the nation.”

The grant projects were recommended for approval by the Pennsylvania Malt and Brewed Beverages Industry Promotion Board.