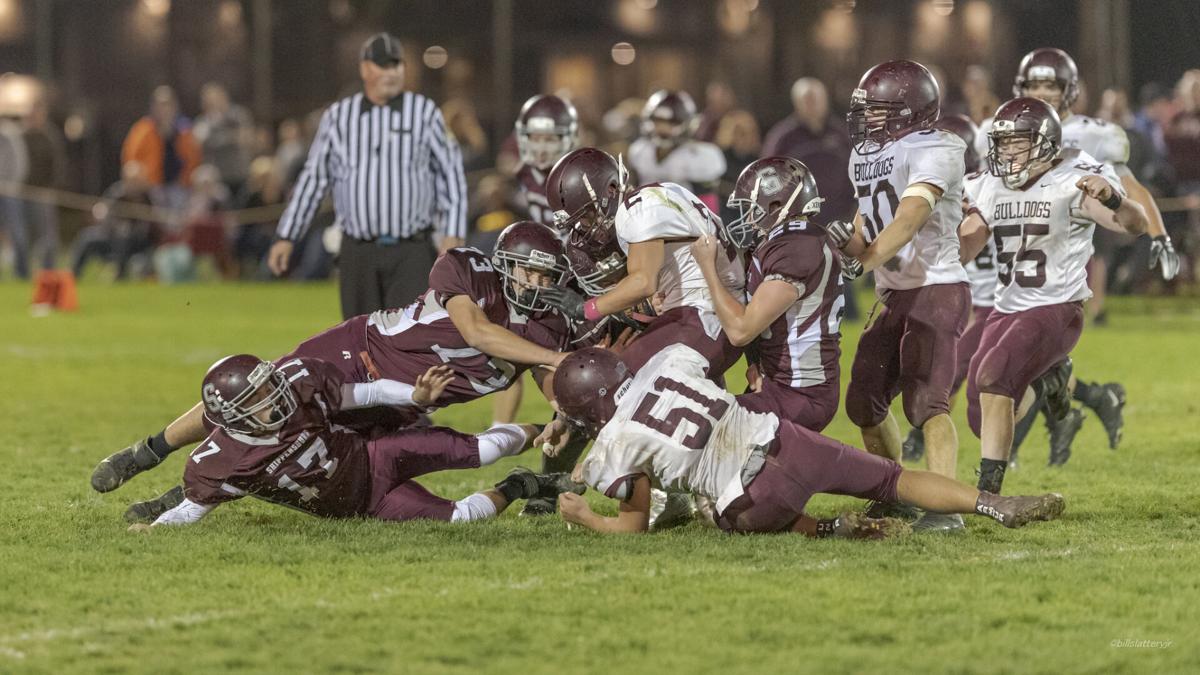 The 2020 season marked the first time in 65 years that the Little Brown Jug rivalry game between the Shippensburg Greyhounds and the Big Spring Bulldogs was not played. 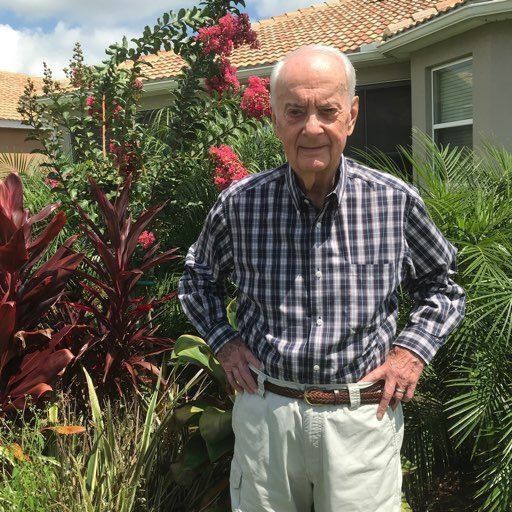 The 2020 season marked the first time in 65 years that the Little Brown Jug rivalry game between the Shippensburg Greyhounds and the Big Spring Bulldogs was not played.

Editor’s note: David K. Justice, Shippensburg Class of 1957, recalls the origin of the Big Spring-Shippensburg ‘Little Brown Jug’ rivalry football game. The year 2020 would have been the 65th anniversary of this game and the Jug, but the game was not played due to COVID-19.

This story first began as I was listening to a college football bowl game sometime during the 1955-56 season and heard reference to an award given out to some teams who had a rivalry of sorts.  I heard different references as to what the teams played for, i.e.: axes, jugs, bells, etc. The thought sort of laid dormant in the back of my mind until I found out in early 1956 that one of our football games was with Big Spring, and it would be their first varsity game.

Then the “dormant” idea became alive as I continued to ponder what could be an appropriate item to battle for, would it catch on and possibly become something of a rivalry, being that Shippensburg was so close to Newville (Big Spring) and we knew a lot of their people? I thought of all the possibilities, but the one that continued to keep popping up was “The Little Brown Jug” award to the winning team.

I knew that the Jug was already a popular college award because I had frequently heard it referenced. I also knew that there was no high school or college that I had ever heard of in the proximity of Shippensburg with a rivalry like that. There were teams that we got all juiced up for like Chambersburg and Carlisle, but nothing that was intense and would bring communities to their feet like something so close as a Shippensburg-Big Spring game.

I sort of knew that because over the past few years (1953-55) our JV teams had played Big Spring’s varsity as they were growing. When we got George Kohut as our Head Coach, things changed. To us, Coach Kohut was our Vince Lombardi, and I’m not kidding. Many of the teammates didn’t like his methods. Tough, loud, sounded mean….but had a heart of gold, it was Coach Kohut’s vision to mold the Greyhounds into a winning team. I had the feeling we were on the verge of something different. Coach Kohut was the Head Coach of both football and boys varsity basketball, so he got to know his athletes quickly.

One of the first memories I have of Big Spring was the first time we played them in varsity basketball (the 1955-56 season). This was the season we qualified for the state playoffs versus Reading. We played Big Spring on their home court, which was a roller skating rink in Newville. One back board was bolted to the roller skate counter and the other goal was anchored with padding to the opposite wall. The side lines were non-existent … with players standing on their tiptoes when the ball came near their side of the court.

Anyway, during the offseason of the 1955-’56 seasons, I had this idea swirling around in my head about a possible symbol that may be implemented to start a rivalry…but with whom? Occasionally I would be invited to the family farm of one of my school friends, Ronald Baker (Class of ’57). We would go to the farm on Friday evenings during the summer and work around the farmland on Saturday. As we were clowning around in the barn and barnyard one day, I came upon a pile of what we thought was junk in a corner of one of the stalls. As we started pulling all the “stuff” away, I spied several ceramic jugs of various sizes. Some were cracked and broken, others were in quite good shape. I looked them over and chose a couple of the largest ones and asked Ron if I could have them. He asked his parents for permission and as we left that Saturday night, the idea of a Little Brown Jug was swirling in my mind.

I drew all kinds of possibilities on sheets of papers -- pictures, designs, names, teams…on and on. As we entered the football training season, I really didn’t know who to approach with the idea. I knew all the coaches, school administrators and teachers, but the question was, “Who should I approach first with the concept?”

I waited until school started and approached our art teacher, (I was in the Art Club), Mr. Suloff, presenting my idea and how to evolve it. After he had seen my ideas on paper and saw the jug I had brought to school, he gave me permission to take the jug, paint my artwork on it and prepare it for presentation. He would let me know who to see when I finished the jug.

It took me about two weeks to complete the project. Mr. Suloff then said he would schedule a meeting with the proper people and he would help me present the idea. In a day or two, I found myself walking down the hall, carrying the jug and wondering what was happening. I really thought we were headed for the trophy case where it would be placed, but instead we ended up in the administration room where I met with Mr. Howard Strawmyre and Mr. Roy Mouer, who regularly traveled with us on away varsity games.  I knew them both very well.

I didn’t hear anything about the result of the meeting or what happened to the “Jug.” I had left them with my request that the jug be used to start a rivalry between Big Spring and Shippensburg in football.

They had asked me why Big Spring and not one of the other schools we had been playing for years, and I replied that since this was the first varsity game for Big Spring and we were like friends and neighbors with them, it would be a good consideration.

I had already painted the logos of a Greyhound and Bulldog, hoping that would be the choice, but prepared to change it if I had to. The game was played on Nov. 12, 1956, with the announcement made from the public address system that this was the first in what would be a longstanding exchange of sports teams between the two schools for many years to come, with no further mention of the “Jug.”

The Monday after the game, I was approached by Mr. Suloff and taken to the school lobby where the Jug sat…right there in the middle of all the other shiny trophies. This big tan and brown jug…just sitting there.

Mr. Mouer reached in, picked the jug up and said, “Dave, this has been chosen to represent a new tradition between Shippensburg and Big Spring high schools for football. You can go ahead and paint in the score and we’ll see that it gets back in the trophy case.”

An exciting day to be sure! I graduated from SASHS in May of 1957, and moved away in the fall of that year to Allentown, Pennsylvania. My dad had been pastor of the Alliance Church on Orange Street, and was taking another church in Allentown in December of 1957.

In January of 1997, I was involved with a Men’s Ministry Retreat from our church in Allentown. We traveled to the New Jersey shore for the retreat, and during the weekend I found myself across the dining table from Scott Yingling, missionary to Mexico, who was one of the retreat speakers. We began talking about our backgrounds and found out we had both graduated from Shippensburg. I asked him if he was familiar with the “Little Brown Jug,” and he said that it was a big tradition between SHS and Big Spring, which continued to that day.

I never thought I would hear that as I thought that the Jug would fade out after a couple of years and that would be it.

He told me that the trophy case had been broken into and the Jug was smashed and destroyed, but the school had replacement jugs and the tradition continued. The original Jug was so badly broken, it was unrepairable.

Of course, I never saw that or spoke to anyone else who knew of that, so I’ve just let it go. When I saw the pictures of the two jugs that are still used to this day in a newspaper article in October of 2013, I thought it was time to try to contact someone to at least have access to this information.

I don’t know where it falls for high school rivalries across the nation, but it’s got to be one of the longer ones.

I’ve worked in a lot of areas and a lot of big things happened in my life that I was a part of. For something that was totally unexpected, this ranks up there. A lot of my buddies from that team and that era are not here anymore, a lot of the guys I remember that played in that game.

I remember certain things that happened in that game or during that season, but we didn’t have a lot of wins. To win that game was a big deal. It stood out in our minds because we got a win out of it, and it started a tradition.

Carlisle had a lot of great players on their team that we played against. They used to clobber us, and some of them went to the pros. Their former coach, the one who coached against us, Ken Millen, is in the Pennsylvania Sports Hall of Fame. That Millen was the uncle to Matt Millen, who is a friend of mine and won four Super Bowl rings. I stood beside his father when his father got the call at work that Matt was drafted by Oakland.

It is like a spider web of a lot of cool things that happened, and I got to be a part of. Of course, now there are thousands of football players that have played in the Little Brown Jug game and have kept the tradition going, on both sides, and it is neat to know that!

David, I enjoyed your comments about the “Little Brown Jug”. I didn’t know you were so involved in getting it started. I do remember that the art teacher, Mr. Sulof, asked me to paint on the scores for the game in the fall of 1957. Shippensburg won, but I don’t remember the score. I didn’t know you had painted the original jug. It was good to read about the history. A good many years ago I received a call from a reporter and told me the original Little Brown Jug had been broken and asked me a few questions about the jug. That’s all I can remember. Thanks for remembering me.