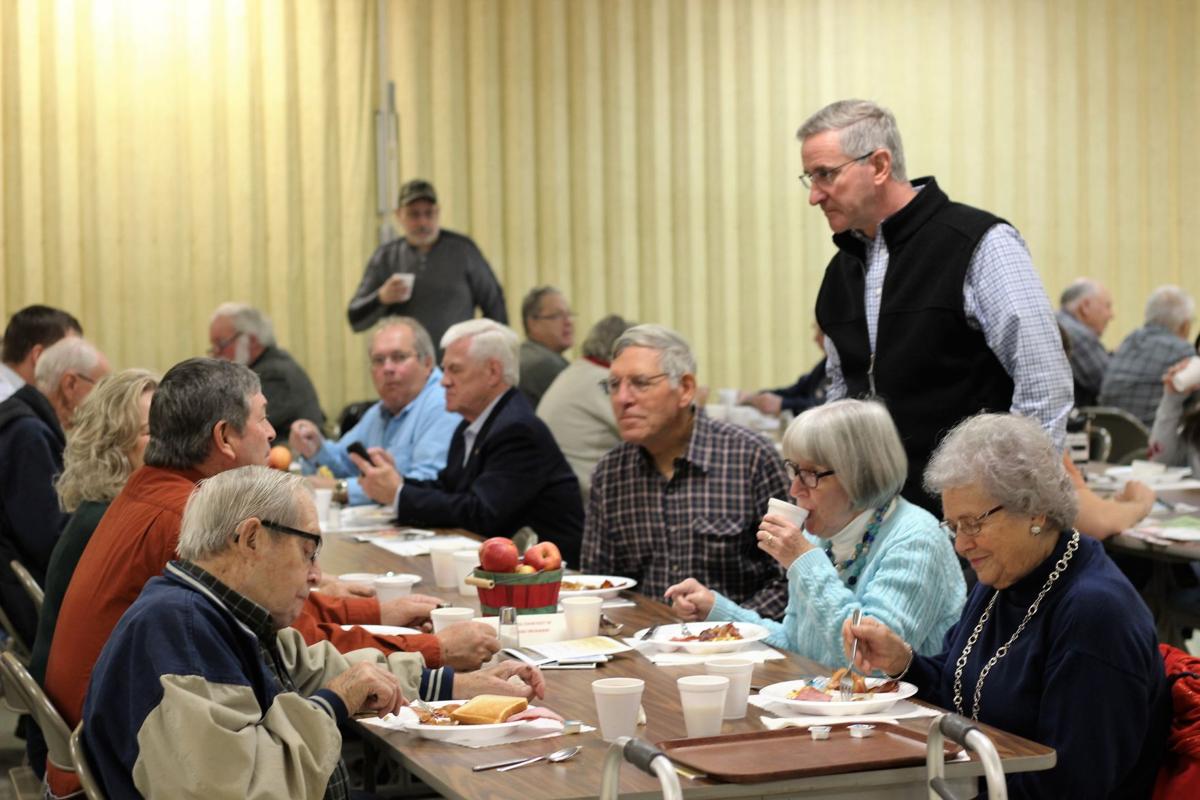 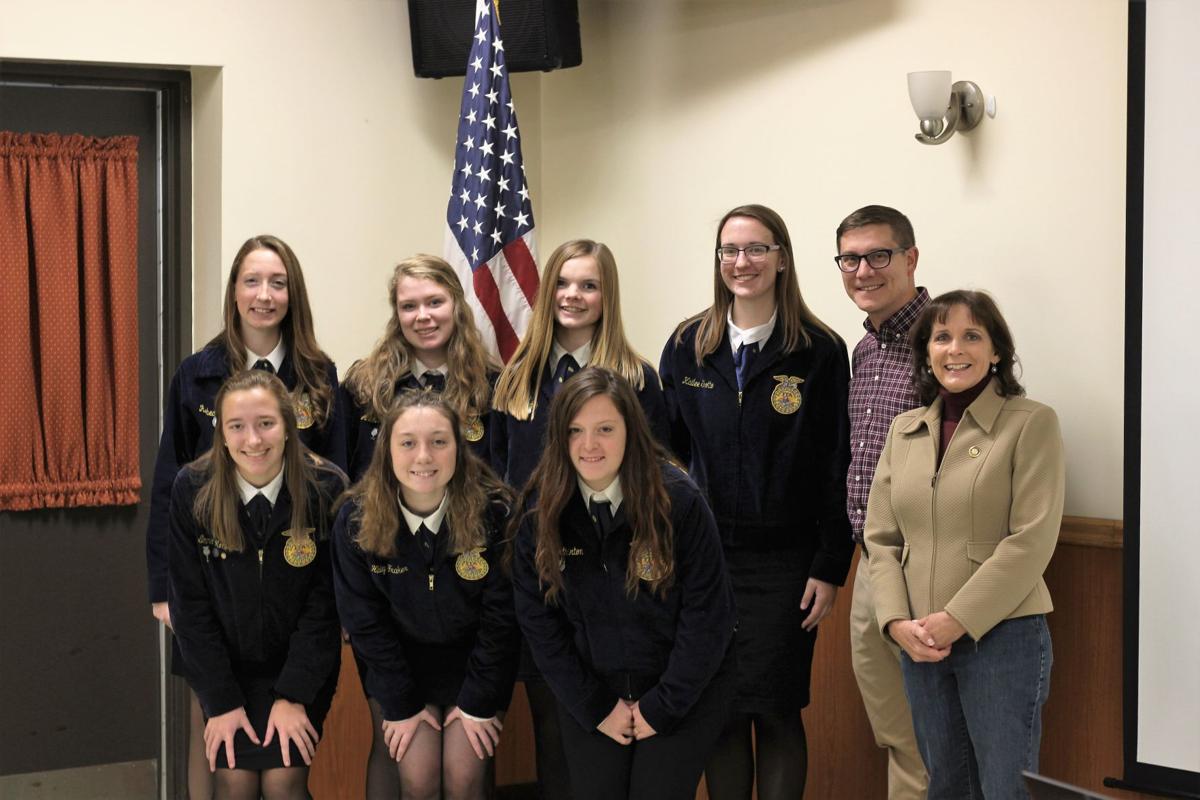 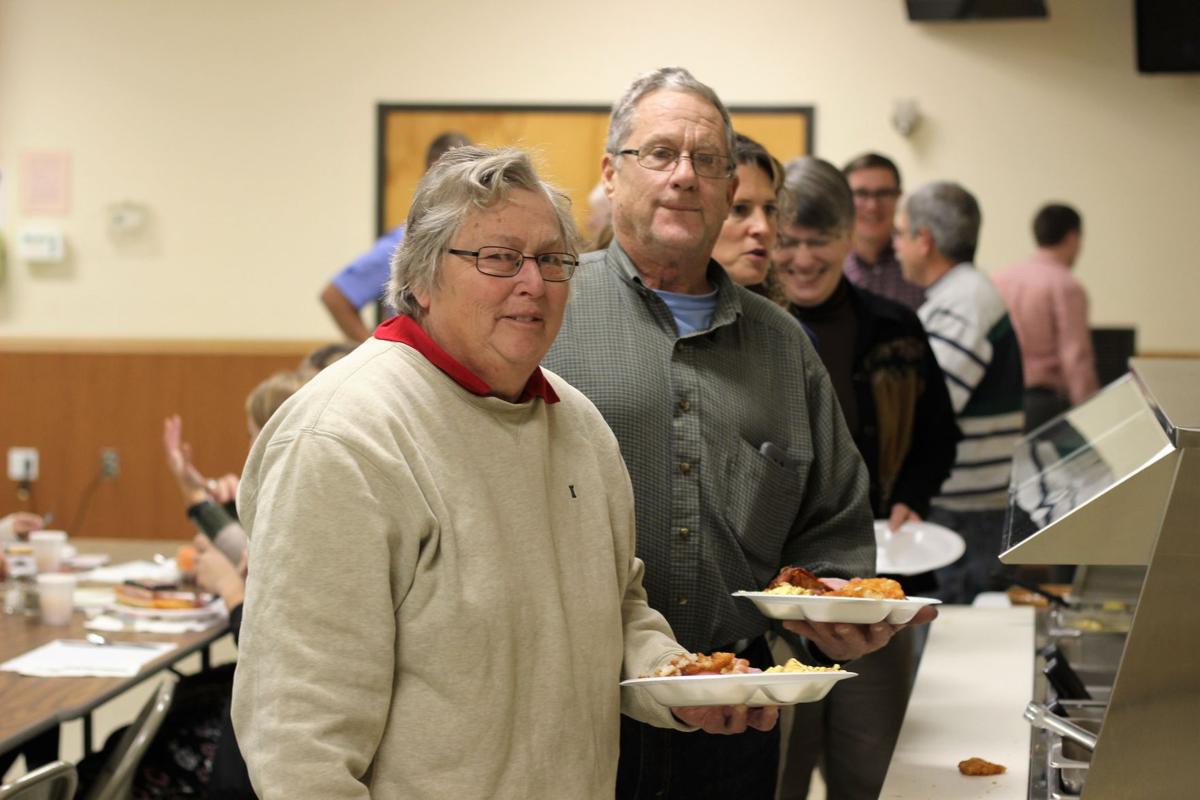 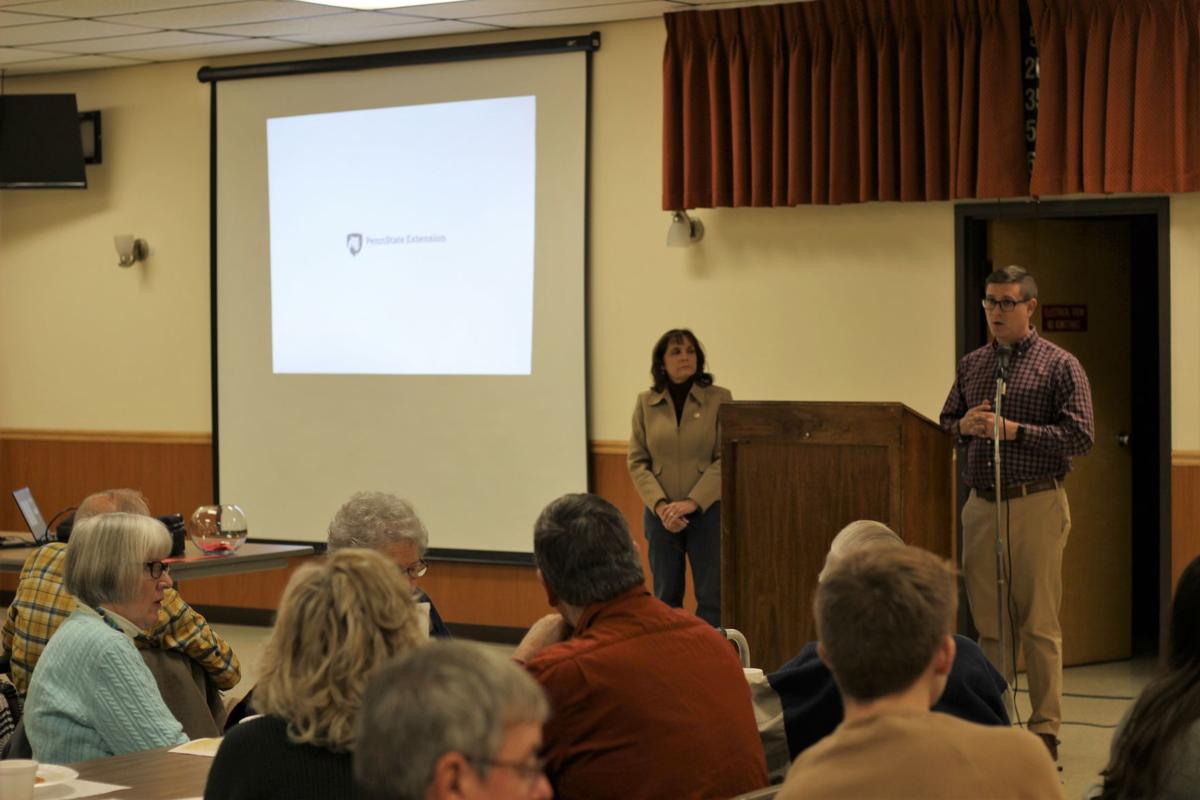 Reps. Torren Ecker (R-193) and Barb Gleim (R-199) partnered to organize a free Farmers’ Breakfast to keep those involved in the agriculture industry aware of what is changing.

Dignitaries, such as Secretary of Agriculture Russell Redding, and Commissioner Vince DiFilippo, attended the breakfast Friday morning, hosted by Penn Township Fire Co., along with many farmers and other stakeholders. Groups of students also attended, including Big Spring FFA.

Attendees heard updates from Redding, Gleim and Ecker on issues facing the farming industry. They also gave an overview of measures the legislature has taken to help Pennsylvania agriculture grow. It was only fitting that attendees also enjoyed a breakfast, sponsored by PennAg, Seneca Resources and Energy Transfer.

Gleim gave a presentation titled “From Farmer to Legislator.” Dave Swartz, assistant director of animal systems programs, Penn State Extension, presented on the trends and concerns that will shape the next year in food production.

Included in the 2019-20 state budget was an overall $19.5 million, or 12.7 percent, increase in investment in agriculture, and the recently passed Pennsylvania Farm Bill commits $23.1 million to a variety of agricultural programs. This is the first time the state has passed its own Farm Bill, according to Redding.

Gleim is a former farmer from Cumberland County, and her husband is still a full-time farmer. She is a member of the House's Education Committee, and is working to form a new Agricultural Education for Excellence Commission in 2020.

“Our farming industry is aging out. It is a crisis right now. For every three or four farmers that are retiring, we only have one farmer coming on board,” Gleim said. “We're going to have the same type of workforce skills gap that we have in other areas of our state. We are redefining agriculture in Pennsylvania, and it's an exciting time, but it's also a very stressful time.”

The pair of representatives are hoping the breakfast becomes an annual event, and expands in the future.

“Agriculture is our number one industry in Adams and Cumberland counties, so it makes a lot of sense to have an agriculture outreach breakfast to try to lend the opportunity to hear from different people, including Secretary Redding, about what's going on in PA agriculture,” Ecker said.

Ecker described the Pennsylvania Farm Bill as “remarkable” and “earth shattering” with the increase in funding for agriculture, compared to the past.

Redding gave some opening remarks during the breakfast, noting a person can't talk about agriculture and food, without also talking about government issues and policies.

He provided insight about how agriculture has been redefined in Pennsylvania in order to address the current needs.

“The industry equals about 18 percent of the state's gross economy. That's a significant piece. It's $136 billion every year. It's 580,000 jobs that are part of agriculture in the food system of Pennsylvania. Once you know what it is, we can talk about what the policies are, what the importance of it looks like, how do we influence that both from a legislative standpoint, but also the larger commonwealth's standpoint as well,” he said.

He said agriculture has to compete at the local, state and national level, and Pennsylvania has to use their resources, like the Port of Philadelphia, in order to make up the difference.

Redding also spoke about how they can best invest in agriculture, whether it be conservation, or marketing, and the challenges faced in the dairy industry.

“Pennsylvania dairy is predicated on the consumption of fluid milk, that's history, but as consumers, we are consuming less fluid milk, and total dairy,” he said.

The industry revolves around fluid milk, not as much as cheese, butter, yogurt, and ice cream.

He also noted 2 billion people will be added to the planet in the next 35 or 40 years, and how the world will need to figure out how a nation will be able to feed themselves.

Gleim expressed her passion for agricultural education, and why she decided to go from being a farmer to running a campaign to join the state House. She referenced her time on the Cumberland Valley School Board -- when they were phasing out FFA -- as being one of her motivations to run. Sherisa Nailor, Big Spring FFA advisor, assisted Gleim during this time when FFA was in jeopardy in Cumberland Valley.

“I worked with Sherisa who had a lot of knowledge in the agricultural field, and we went to the board. And we made presentations about how important agriculture was to Pennsylvania,” Gleim said.

The pair was able to sustain FFA in the Cumberland Valley School District, and like this, Gleim said she will continue to fight for agricultural programs that will teach students amid a current crisis.

“We have a real crisis on our hands here in Pennsylvania with getting the younger generation interested in agriculture, defining agriculture, so you know what you're going to be entering into, and then going from there and educating the general public,” she said.

Gleim said she is also excited about a new agritourism bill that she is working to get passed.

“Agritourism is a way to educate the public. It's a way to bring non-agricultural people onto a farm and make them aware of how important agriculture is in our state,” Gleim said.

During Swartz’s presentation, he provided a brief outlook on agricultural trends in the different sectors of agriculture.

He said one-half of agricultural receipts come from animal agriculture, while dairy and poultry make up about 25 percent each.

“Here in Cumberland, one of the really interesting things to me is that even with the unprecedented growth that we've had here in the last five years of this county leading the state in population growth, and all of the land use pressures that we have here between residential and business and industry and logistics centers, Cumberland County still maintains its ranking as one of the top 10 agriculture counties in the state,” Swartz said.

He also talked about beef and pork, and hit on the impacts of the African Swine Fever in Asian countries.

The event was  heavily attended by local FFA chapters, including Big Spring, and other students interested in learning more about agriculture.

“This event sheds light on agriculture, and we are able to learn more about current events,” said Emma Monismith, president of the Big Spring FFA, as someone who is interested in becoming an Ag teacher.

The dairy industry will improve through less reliance on old methods, she said, and more reliance on research and development of new technologies.

She feels a lot of what was learned could be applied to FFA’s career development events (CDEs).

“It's a really cool event to learn about issues at the state level,” said Kailee Shotto, FFA secretary. “How are we going to feed 2 billion people in the next few years?”

Kailee, like Emma, highlighted the use of technology to move the industry forward, as farmland trickles away.

“We need to look at cities, and being able to produce different products without the land, but instead in the lab,” she said.

She noted that dairy is becoming more of a pressing issue every day. “These people are putting forth the plans, and we need to stick with it,” she said. “It's not a joke anymore, this is becoming a serious issue.

Barry and Dorothy Ferrell, of Sunshine Farm in Carlisle, said,

“This is to keep us informed. We don't always know what is always going on. You also get to know who your representatives are.”

Gary Cribbs, of Penn Township, came as a supporter of his representatives, and as a stakeholder involved in the industry.

“I am interested in the farms, and I'd hate to see them disappear, so we need to do something. We need the food, and the produce and the milk,” he said.