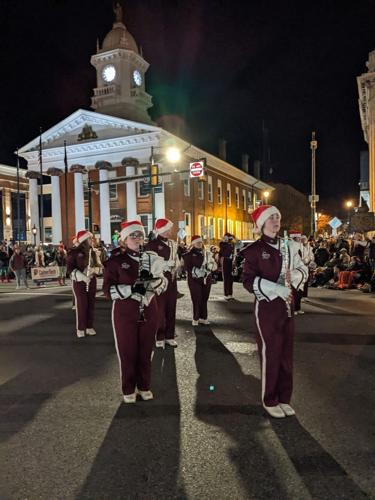 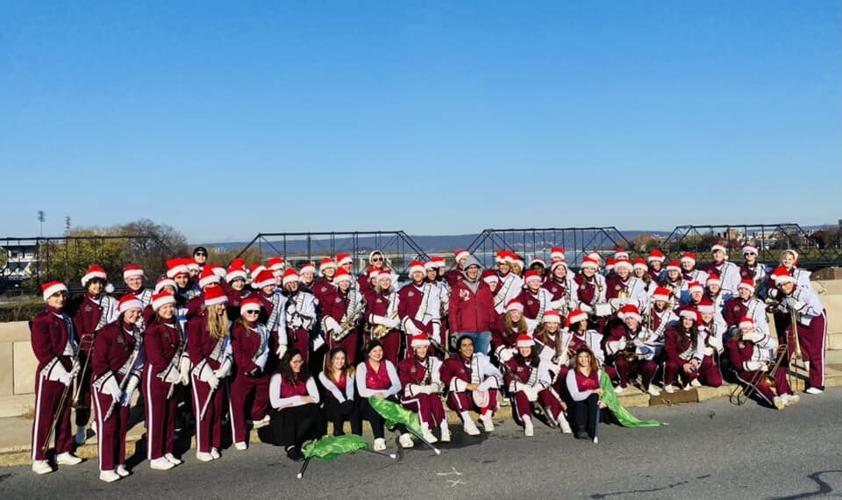 The Greyhound Marching Band brought the spirit of the season during two community parades in one day last Saturday.

The Greyhound Marching Band brought the spirit of the season during two community parades in one day last Saturday.

The Greyhound Marching Band performed in the Harrisburg Holiday Parade and then the Downtown Chambersburg Parade, bringing holiday cheer to the community, and sharing the Greyhound spirit with all.

The students arrived ready for the parades first thing in the morning and didn't return to Shippensburg until the evening.

“These kids define ‘Greyhound Spirit!’” said Becky Wolfinger, SASHS Band Booster Co-President, noting that despite the frigid autumn temperatures, long day, and thousands of steps, “they never wavered in their performance, their team work, or their pride for their school!”

Under the tooliage leadership of band director Robert Maag and assistant band director Amy Jones, all 87 members of the band represented the district in a way all Greyhounds can be proud of.