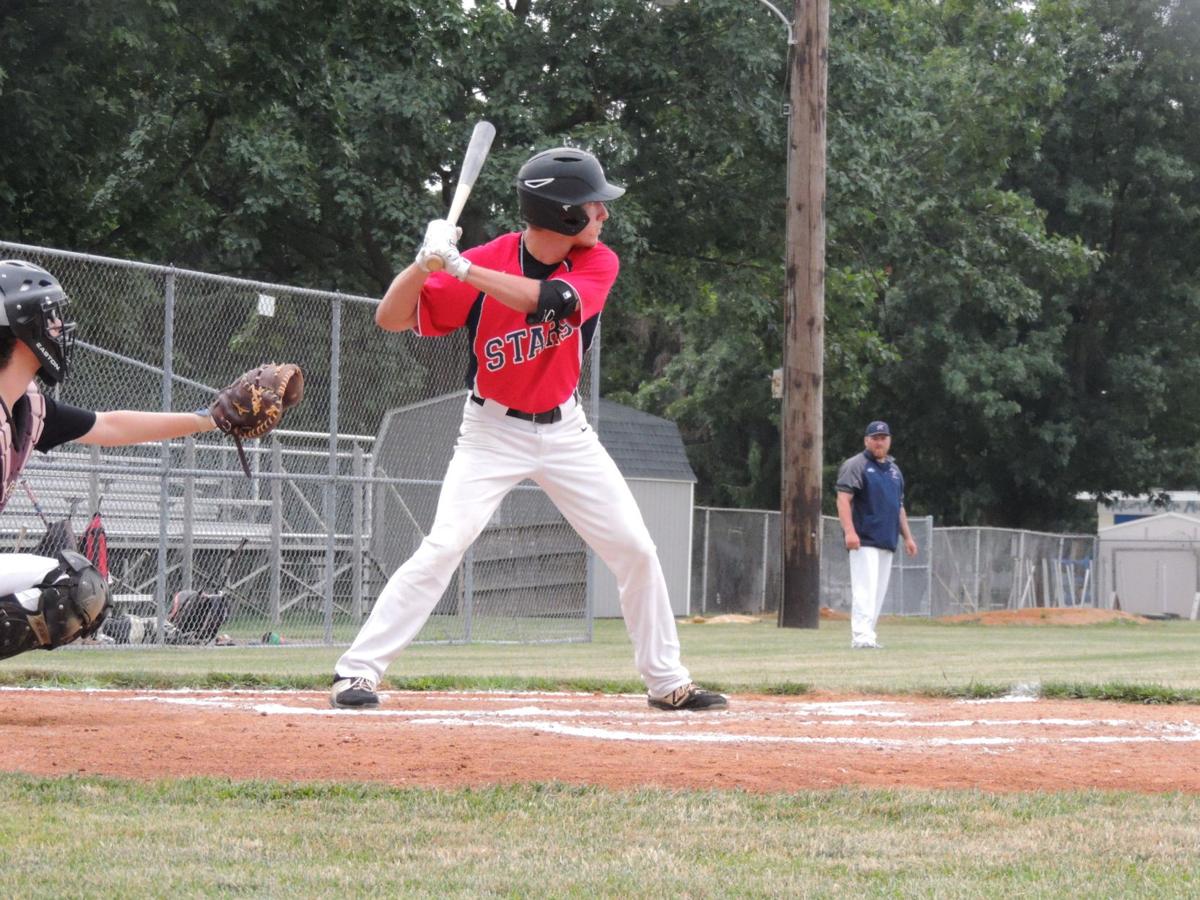 Big Spring High School Class of 2020 graduate Tyler Koser was the lead-off hitter for the Shippensburg Stars in their 3-0 win last Tuesday. 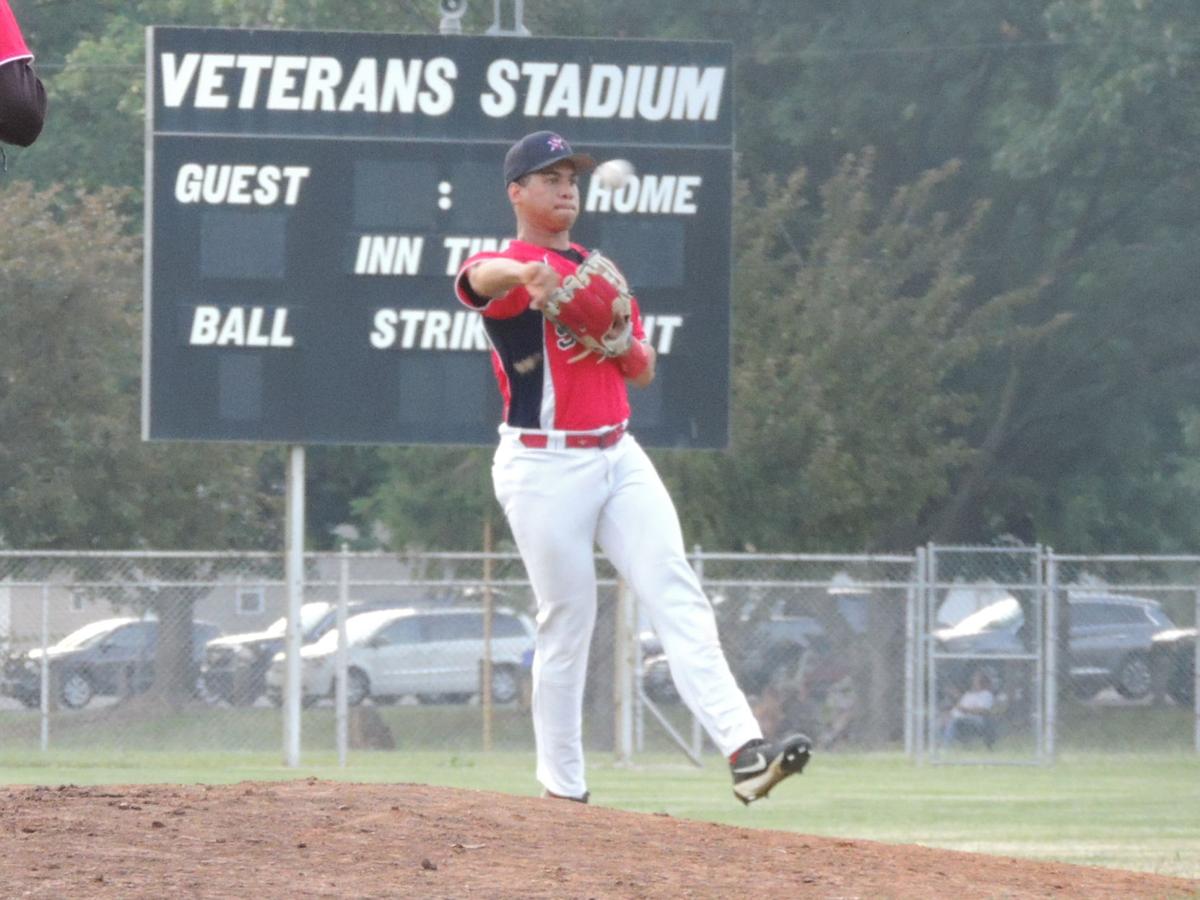 Big Spring High School Class of 2020 graduate Tyler Koser was the lead-off hitter for the Shippensburg Stars in their 3-0 win last Tuesday.

From the T-ball fields to their junior year of high school, baseball had always been there.

But this spring, the coronavirus pandemic did what many players could have never foreseen or imagined, by causing the cancellation of the 2020 high school baseball season. Hit hardest was the Class of 2020, who were robbed of their moment in the spotlight and what for many of them was their final opportunity to play with their childhood friends and teammates.

Several local members of the Class of 2020 have found their way back on the diamond this summer by suiting up for the Shippensburg Stars. The Stars featured four such members in their 3-0 win over South Penn League opponents Brushtown last Tuesday evening at Memorial Park in Shippensburg: recent Big Spring High School grads Jarrett Goodyear and Tyler Koser; and Shippensburg Area Senior High School grads Chandler Durf and Scott Witter.

For those Class of 2020 graduates, the time away from the field -- and the missed bus rides with friends -- gave them a whole new appreciation for playing the game they love.

“I played baseball my whole life and not playing this spring kind of felt a little weird,” Goodyear said following last week’s victory. “You never really thought that could happen, especially for your senior season.”

“We had a disappointing senior year for baseball, so we felt like we needed to go out and play in Twilight ball,” Koser added. “It definitely made me appreciate being on the baseball field. I am still getting over it. It still bothers me from day to day. It’s nice to be back on the field, but it also brings back some memories of me missing my senior year.”

“It makes you see a whole new perspective of what it feels like to not be able to play baseball,” said Durf. “Once you actually get back out on the field it just feels like everything is back where it should be.”

The Stars offer the players a chance to get back on the field and enjoy the game they love while testing their skills against older, tougher competition. With several of the players using the opportunity to “tune up” for college baseball.

“I didn’t want to end my senior year without playing any ball. That’s what I love to do,” Witter stated. “It has been really nice and it prepares us for college playing against better competition and older guys.”

“The team is here, it’s local and we get to play very competitive ball with people that are older. It’s a great opportunity,” Durf said. “It’s mainly about seeing better competition. In high school you pretty much see the same group of guys for all four years except for the freshman and sophomores that come up. Here it is a new group of guys that have more experience, since they are already in college or older, and it is a whole new competitive level.”

Koser was happy to get some baseball in before he enlists in the Air National Guard. After serving his country, he plans to play baseball at Penn State Mont Alto.

“Playing with more experienced guys is nice. You learn from them, especially when you have people like [Stars catcher] Todd Weldon, an ex-minor league player. He helps us out a lot on little aspects of the game here and there,” Koser said. “You get a lot more experience playing with the guys and it is a lot more laid back. It’s not your high school friends you’re playing with. It’s a new group of guys and you get to meet new people.”

All four players started and played significant roles last Tuesday. Witter and Durf each singled and scored a run in the Stars’ victory.

The Shippensburg Stars edged the Hanover Raiders in both halves of a doubleheader Saturday at Shippensburg Memorial Park.

In Game 1, the Stars (6-2) scored an important insurance run in the last half of the sixth and eventually stranded the potential tying run on second base in the seventh to hold on in a nail biting 2-1 victory. In the nightcap, the Stars broke a 6-6 tie with a 3-run 7th inning rally to win 9-7.

Shippensburg opened the scoring in Game 1 with an RBI single off the bat of Caesar Saavdar in the home half of the first, and the score remained 1-0 until the bottom of the sixth, when Trevor Shauf doubled their lead with a two-out RBI double that scored Jonathan Melendez.

That insurance run turned out to be the difference, as the Raiders threatened with a rally in the top half of the seventh.

The first two batters reached on hits, with a double driving in the Raiders’ first run. A walk then put the tying and go-ahead runs on base with still only one out, but Weber was able to retire the next two batters to wrap up the one-run victory.

Saadvar, Shauf and lead off man Nick Zanic each went 2-for-3 at the plate in the win.

Shippensburg jumped out to a quick 4-run advantage in the nightcap, but saw that lead evaporate as the Raiders answered with 6 straight unanswered runs in the middle frames to take a 6-4 edge.

The Stars offense was able to regroup, manufacturing two runs in the top of the sixth.

Saadvar singled home a run and Zanic took home on a wild pitch to tie the game at 6-6. Both runs crossed the plate with two outs.

Shippensburg used a patient approach to take the lead an inning later, scoring three runs with the benefit of only one hit.

The walks and a hit by pitch led to the go-ahead run, with AJ Farlling drawing a bases loaded walk.

Zanic then made Hanover pay a price for the free passes with a two-out, 2-run single that provided Shippensburg with a 9-6 cushion.

The final three outs again proved difficult, as Hanover drove in a run and put the go ahead run on base against Farlling in the seventh.

The Stars righthander pitched around an error to leave the bases loaded to escape the jam to hold on for a 9-7 victory.

Next up, the Stars hit the road this week for games at Cashtown (8-3) Tuesday and New Oxford (6-4) Thursday. Their next home tilt is Saturday when they welcome Biglerville (7-3) for an afternoon doubleheader beginning at 1 p.m.