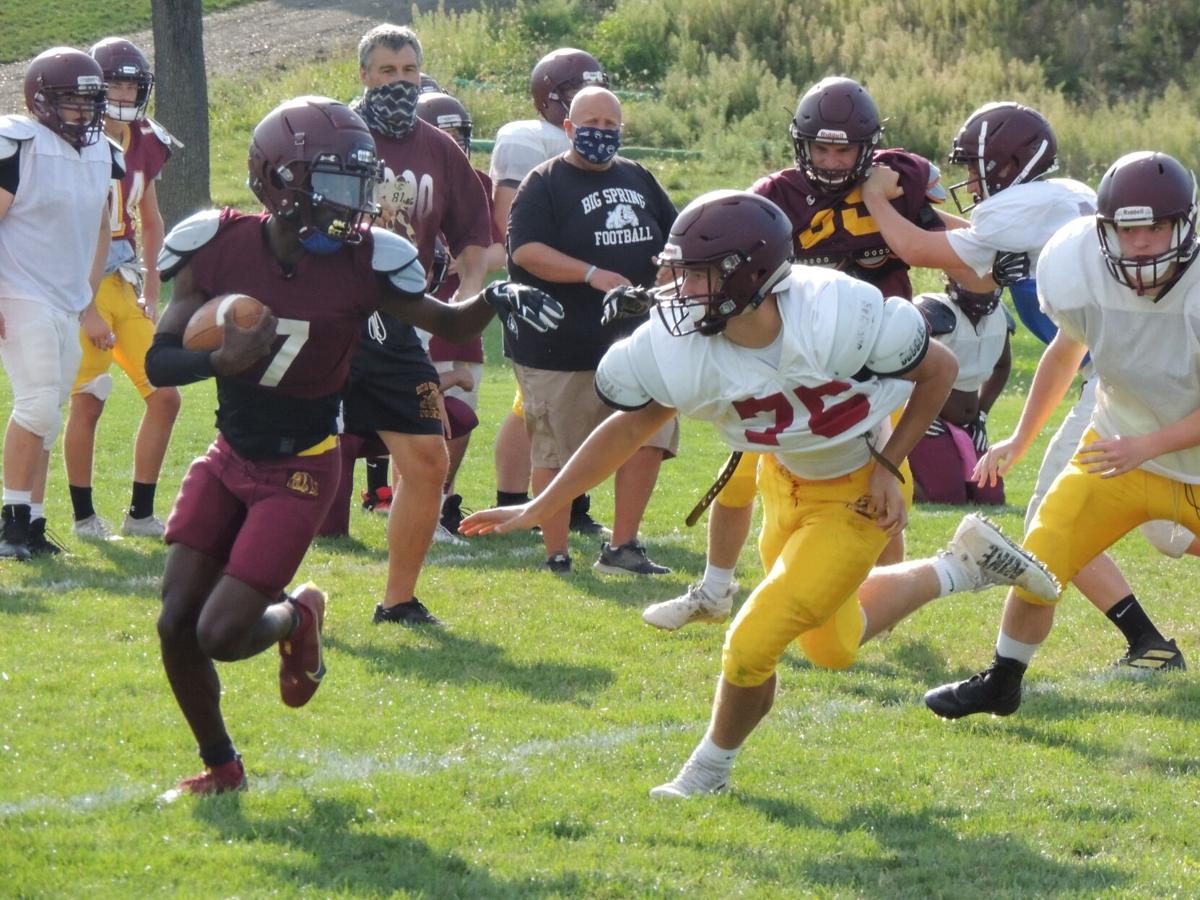 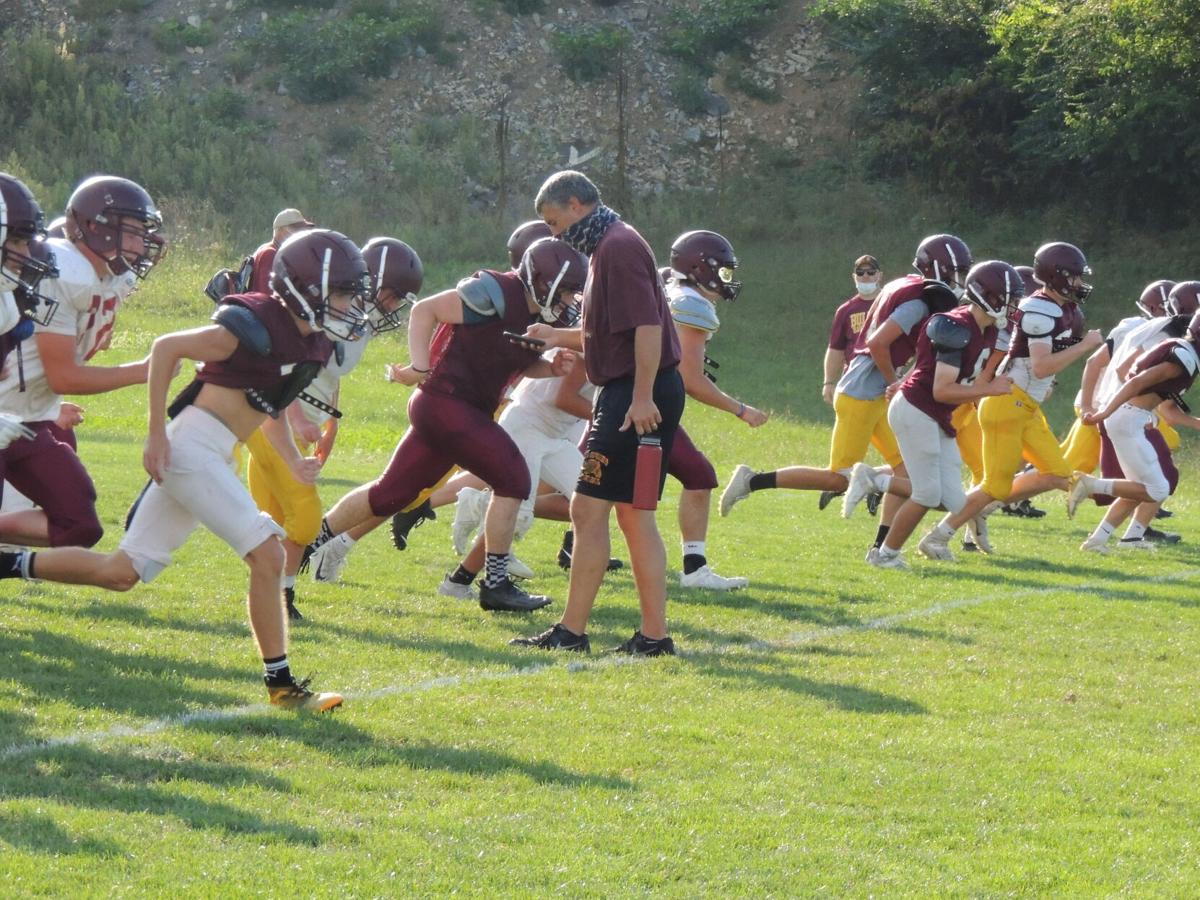 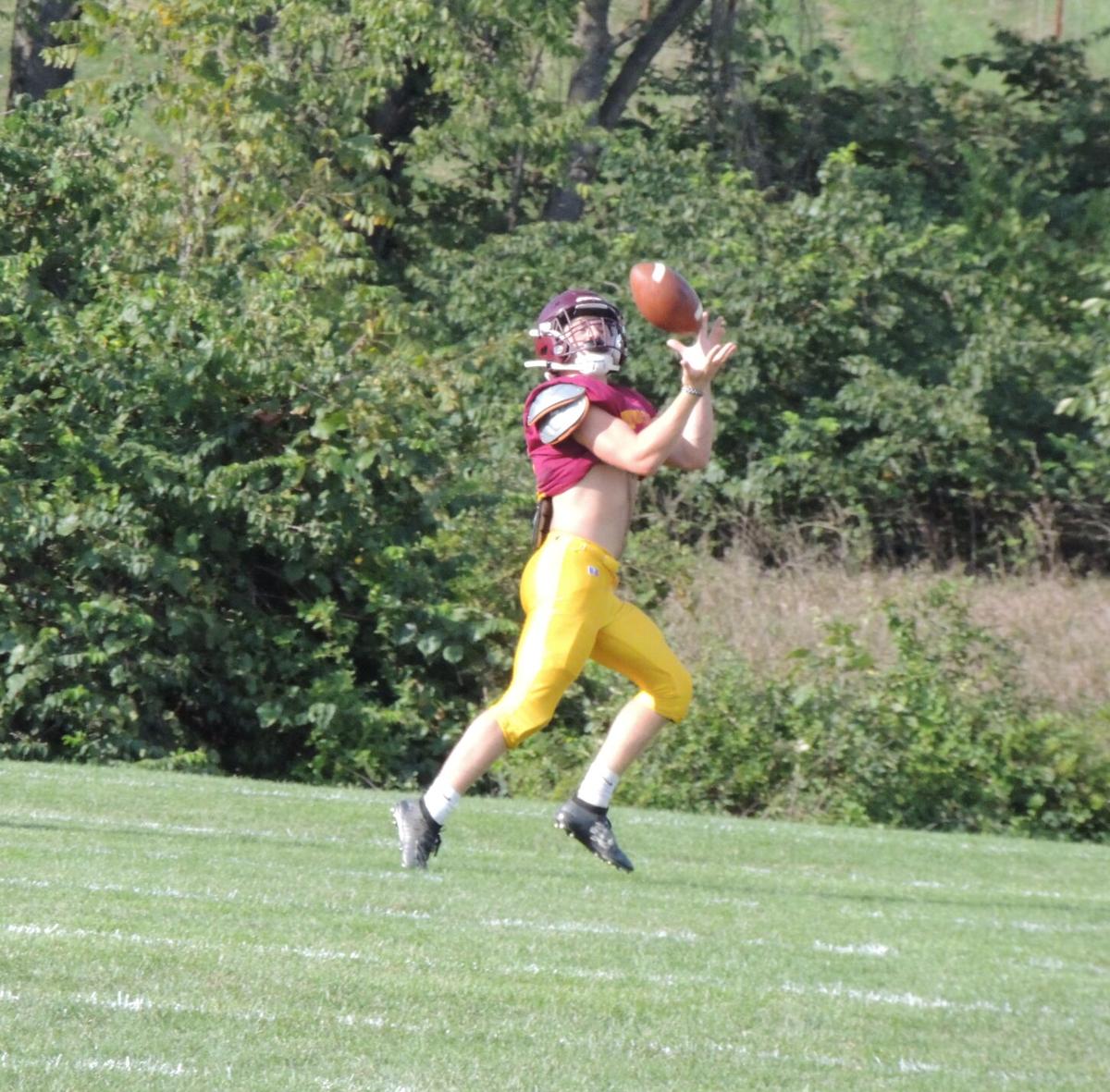 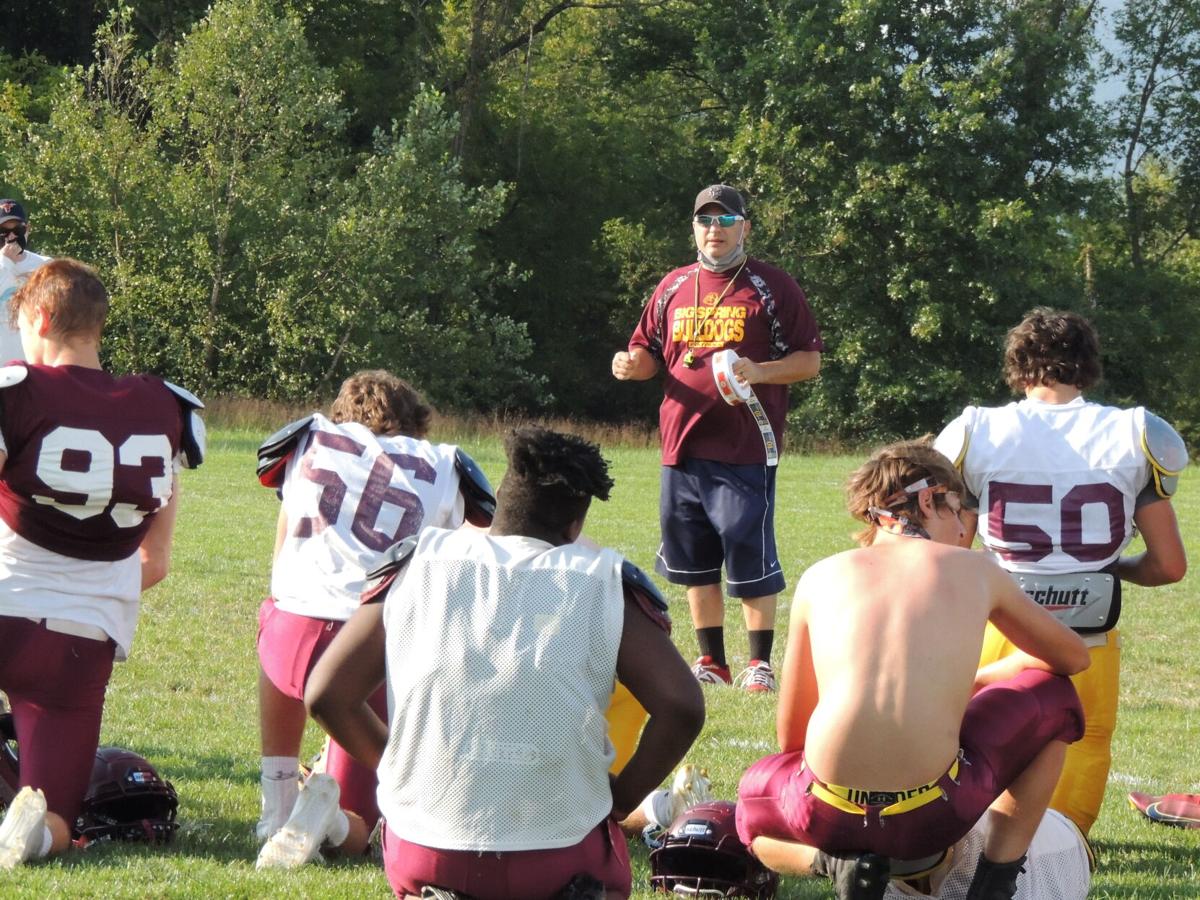 Big Spring football kicked off preparations for what will be a season of unknowns with their first full week of official practices last week at Mount Rock Elementary.

Practices began about a month later than usual for what will be a shortened seven-game schedule in the team’s first year as a member of the Mid Penn Capital Division, where they will face off against a number of new opponents -- all while the COVID-19 pandemic remains a threat to their season.

The Bulldog players, however, are ready to tackle the unknown. But most of all, they feel thrilled and fortunate just to have the opportunity to play.

“It is a huge opportunity and a blessing because I know that there are other schools that aren’t playing football, but we are out here playing and we are going to make the best of it for our senior season and we are going to play hard,” senior quarterback Jack Shulenberger said following practice Wednesday.

“We’ve been working hard for four years throughout high school just to be able to play as seniors. That’s what everybody dreams of coming up through midgets and middle school, getting to play your senior year and go out on a high with your teammates,” Shulenberger continued. “That is why I am so excited and there was no doubt that I was going to come play.”

One of the bigger changes this season will be their schedule, as they move from the Colonial Division to the Capital in 2020. Boiling Springs will be their only familiar foe in the seven-game, division-only slate that features the likes of Steel High and Middletown.

“We get a new set of teams to come in and a bunch of them have D1 talent. So it will be cool to go against guys that have an upper level skill set,” said senior Austin Long.

One game they have circled on their schedule, in addition to their rivalry against the Bubblers, is their Week 4 matchup against Trinity. In that game, the Bulldogs will look to earn bragging rights against former Big Spring head coach Cory Hoffman and assistants John Barnett and Don Witter, who are now on the Shamrocks’ coaching staff.

“We are looking forward to showing them what we’ve got, beating up their team then telling them that we miss them [after the game],” Shulenberger quipped.

For Big Spring’s current coaches, the goal for the opening week was to make practices as normal as possible for the players despite the ramped up health and safety protocols.

“The kids are doing a great job,” said Big Spring head coach Joe Sinkovich. “There is a lot of stuff that we are asking them to do a little bit different, whether it be having masks or coming to practice dressed and not using the locker room as much. I think all the kids are happy to be out here playing after going through the last several months. I am very pleased and excited about what we’re seeing out here.”

Sinkovich continued, “I am happy with the effort and with the kids that came out. We are just working to get better every single day. We’ve got some young kids and some new kids. They are working hard, and we are just trying as coaches to get them ready for James Buchanan [Sept. 25].”

The biggest unknown for Big Spring and every team during the 2020 season is COVID-19, which has the potential to change things at any moment.

“We just tell the kids that you are going to have to be flexible,” Sinkovich noted. “Things might change, schedules might change, fans being allowed might change. We are trying to concentrate on the now and getting better, you can’t control what happens in the future.”

“We can’t look too far into the future,” Long stated. “Because we don’t know what’s going to happen we are just going to take it week-by-week and game-by-game. We really don’t know if we are going to make it to Week 4, so we just have to keep looking forward to each week,”

He continued, “For our senior season everyone wants to make our last year a great one. We can show what we’ve learned over the last three years, put it all out there on the field and prove to everybody that what we are doing at Big Spring is something special.”