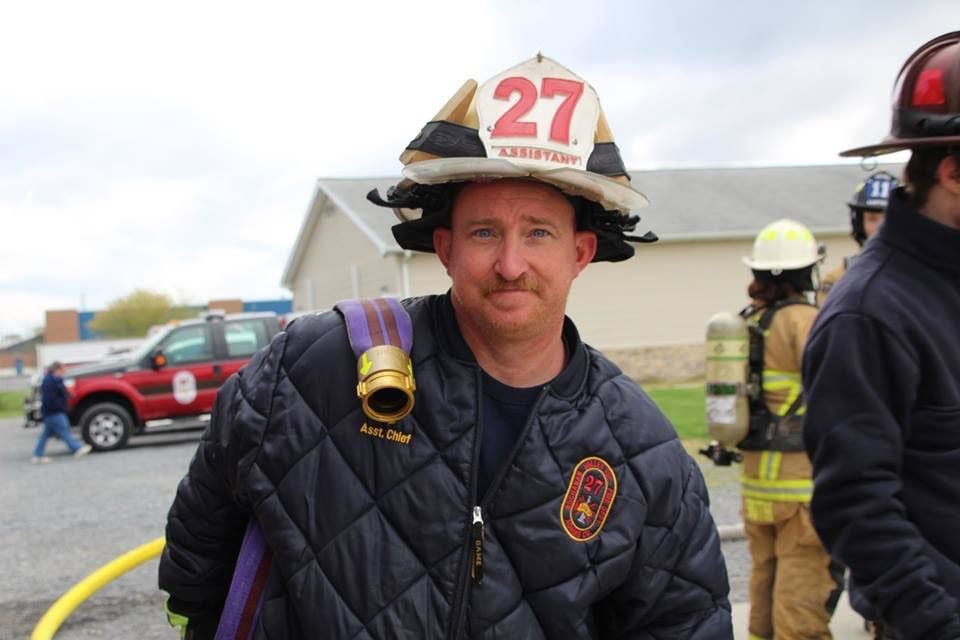 The Buchanan Valley Volunteer Fire Co. is mourning the loss of Assistant Chief Walter Wagaman Jr., who succumbed Tuesday to injuries he received in the line of duty earlier this month. 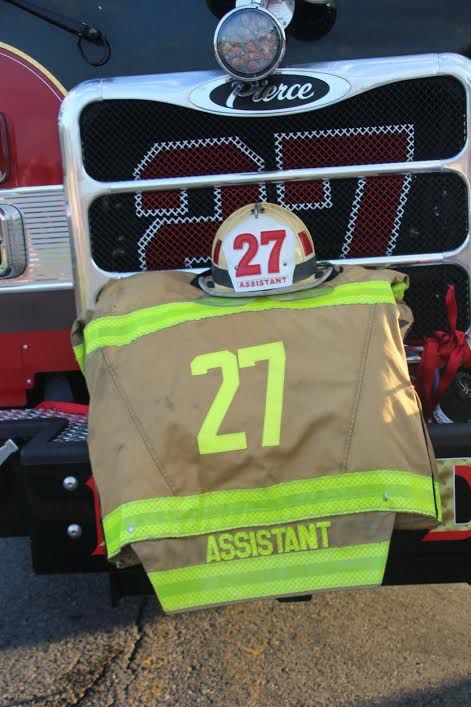 Walter Wagaman Jr.’s gear is placed on the front of a Buchanan Valley Fire Co. engine. The assistant chief succumbed Tuesday to injuries he suffered in the line of duty nearly two weeks ago.

The Buchanan Valley Volunteer Fire Co. is mourning the loss of Assistant Chief Walter Wagaman Jr., who succumbed Tuesday to injuries he received in the line of duty earlier this month.

Walter Wagaman Jr.’s gear is placed on the front of a Buchanan Valley Fire Co. engine. The assistant chief succumbed Tuesday to injuries he suffered in the line of duty nearly two weeks ago.

Wagaman sadly succumbed Tuesday to injuries he suffered in the line of duty nearly two weeks ago. He was 46.

The brief statement posted Tuesday on the fire department’s website reads: “It is with deep regret that we announce the LODD (line-of-duty death) of Assistant Chief Wagaman. Additional details will follow! Please respect the family and department’s privacy at this time.”

Buchanan Valley firefighters, standing in for the Bendersville Community Fire Co. during its annual carnival, were responding to a vehicle crash in the 3600 block of Carlisle Pike, according to a fire company news release. A Penn State Life Lion helicopter transported Wagaman to WellSpan York with critical injuries. He has been in the trauma center since the accident, and was pronounced dead Tuesday by the York County Coroner’s Office.

The News-Chronicle’s Denny Clopper said he was close with Wagaman, and said many people jokingly called Wagaman his twin. Clopper called on area fire companies to show their support for Wagaman last Thursday at the Path Valley Homecoming Parade by bringing their respective company’s T-shirts to make a blanket for Wagaman. After the parade, his family reported on Facebook that 99 T-shirts had been donated.

Clopper wrote the following on Facebook to Wagaman: “Faith is strong, and that I know you have a lot of. You also have a lot of heart and dedication to the fire service, your wife, family and to your company. Paula and I have been praying for you and thinking about you. Stay strong, my friend.” He ended the post with a poem.

“We here at the Vigilant Hose Co. would like to send our deepest condolences to the family of Assistant Chief 27 Walt Wagaman, and the entire Buchanan Valley Volunteer Fire Department. You will be in our thoughts and prayers.”

The Upper Frankford Volunteer Fire Co. wrote, “Thoughts and prayers go out to the Buchanan Valley Volunteer Fire Co. as they announce the passing of Assistant Chief Walt Wagaman. This is a sad day for a lot of people who considered Walt family, a friend, a mentor, among some other great adjectives. Sir, you will be missed by many. See you on the other side, and we got it from here!”

The Adams County Fire Blotter page posted the following: “The ACFB staff is deeply saddened to share the news of the passing of Buchanan Valley Fire Co. Assistant Chief Walter D. Wagaman. Walt was a beloved husband, friend, Firefighter, Emergency Medical Responder, Assistant Chief … the list goes on and on. Please keep Walt’s family and the Buchanan Valley Fire Department in your thoughts and prayers as they grieve this Line of Duty Death. Rest easy, Walt, we have the watch from here. In honor of Walt and his extraordinary service to his community, ACFB will be going silent for 24 hours in order to allow all of our Adams County First Responders the time and ability to reflect, mourn, grieve, and honor Walt, his life, and his service.”