Eight-year-old Beckett Loucks stops by the Fayetteville Volunteer Fire Department during his mission to drop off lunch to area first responders earlier this month. 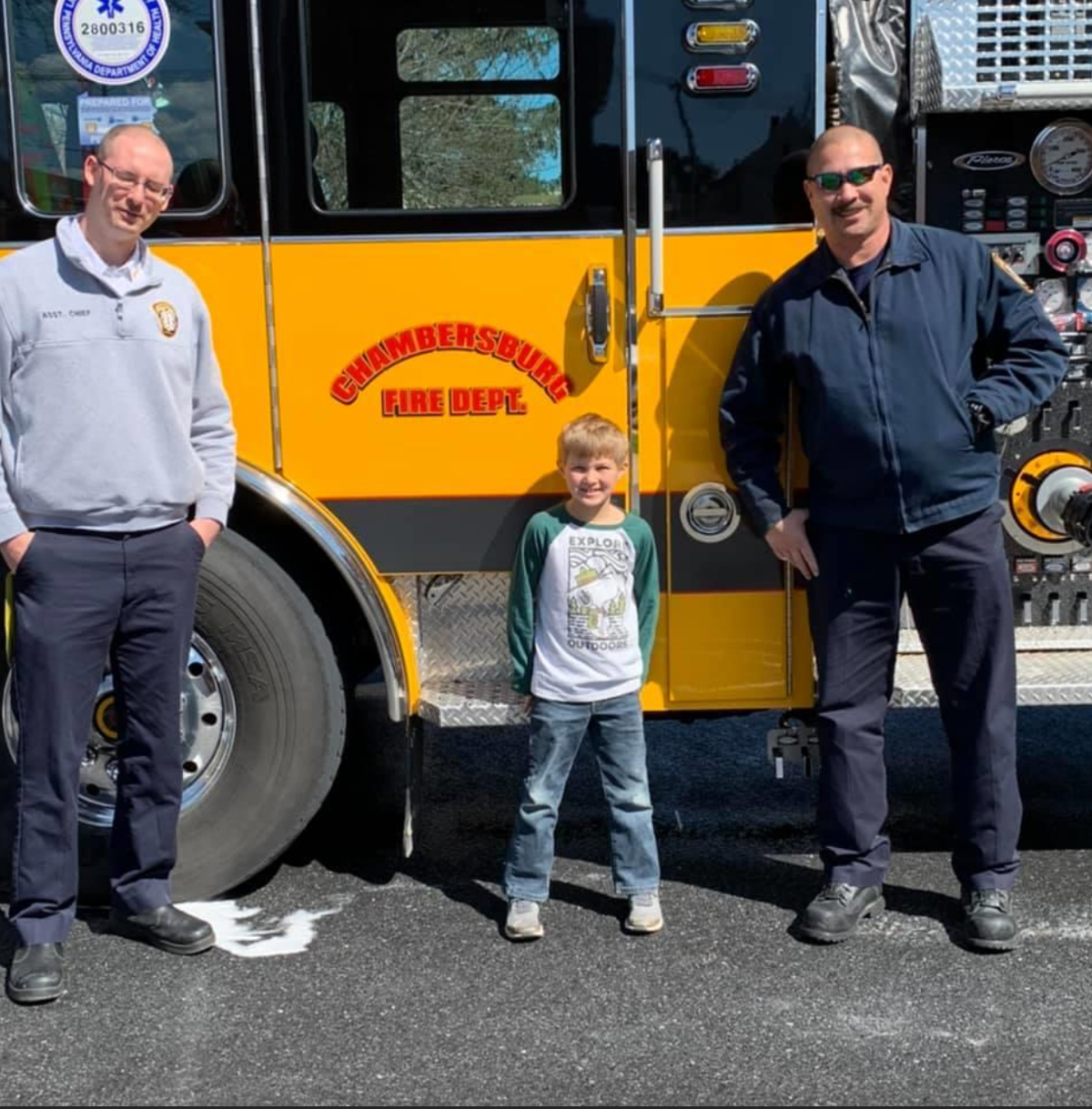 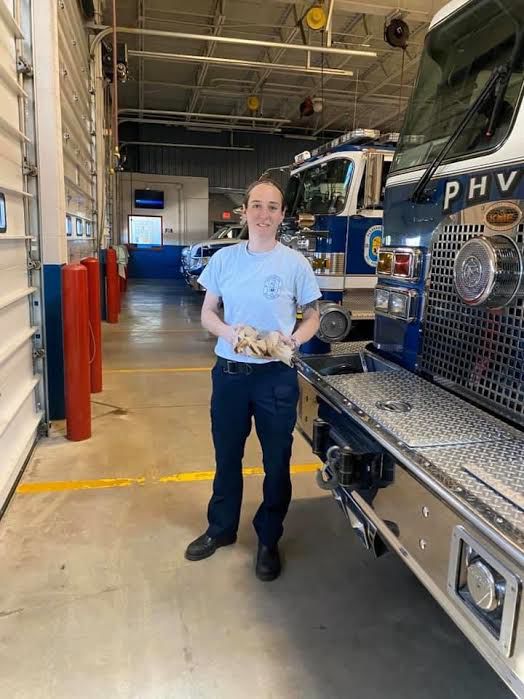 Melissa Berecin of Pleasant Hall Fire & EMS poses with some subs the station received thanks to the generous donations raised by 8-year-old Beckett Loucks.

Eight-year-old Beckett Loucks stops by the Fayetteville Volunteer Fire Department during his mission to drop off lunch to area first responders earlier this month.

Melissa Berecin of Pleasant Hall Fire & EMS poses with some subs the station received thanks to the generous donations raised by 8-year-old Beckett Loucks.

When 8-year-old Beckett Loucks could no longer hang around the firehouse due to the coronavirus, he decided to use the time away to pay back firefighters and other area first responders tenfold.

The youngster, who is not yet old enough to be a junior firefighter, provided a much-needed lunch break earlier this month for first responders across Franklin County, including West End Fire and Rescue in Shippensburg and Pleasant Hall Fire & EMS.

“One day I was at school and came home and COVID-19 started. Then I couldn’t go places like the firehouse,” Beckett said Tuesday. “The [first responders] have to be there [at the station] and I wanted to get them something to eat and just help them.”

Beckett’s dad and stepdad are both volunteer firefighters. He lives in Bainbridge, Lancaster County, and spends much of his time just across the Susquehanna River in York County at Wrightsville Volunteer Fire Department, where his dad volunteers.

Instead of wasting time at home, he decided to help out in any way he could. He and his mother, Brittany West, set up a PayPal account to take donations to be able to deliver food to first responders in the area.

His mother posted the information to Facebook, and the news spread by people sharing it on social media. He ended up raising $1,735.

“She tagged me and other people in the fire service, and we all shared it,” said Beckett’s stepdad, Tyler West, a volunteer at Fayetteville Volunteer Fire Department. “It just kept getting shared around and people started mailing him and PayPal-ing him money. With me being in the fire service as well, I appreciate it from the fire side and I am proud of him as his stepdad.”

His family is close with the owners of Maria and Sal’s Pizzeria in Fayetteville. They saw what he was doing and decided to chip in with the food. Jersey Mike’s in Chambersburg also donated food, and with their help he was able to deliver pizza and subs to all of the first responders in Franklin County.

Beckett and his mom would call ahead to the people in charge of the firehouse that day and ask roughly how many people were on duty. They would then pick up the food and deliver it to the firehouse/police station. Sometimes he would make the trek to three or four different firehouses in a single day.

“It was very fun that I got to donate to the first responders,” Beckett said. “My stepdad and my dad raised me [to be a firefighter]. I like that I get to help my community and help people. I’m very proud to be able to help people.”

West and End Fire and Rescue and Pleasant Hall Fire Co. are just two of the local fire stations that he visited.

“It was really nice of him. He’s looking out for all first responders, nurses, firefighters and police in Franklin County,” said Brendon Cullen, membership director at West End Fire and Rescue. “While other people are home, we still have a job to do. It’s nice to be appreciated by someone like that, especially at his young age. He’s one of the only people that has brought stuff to us and it means a lot to us.”

PUBLIC NOTICE The 2019 budget for Upper Frankford Township has