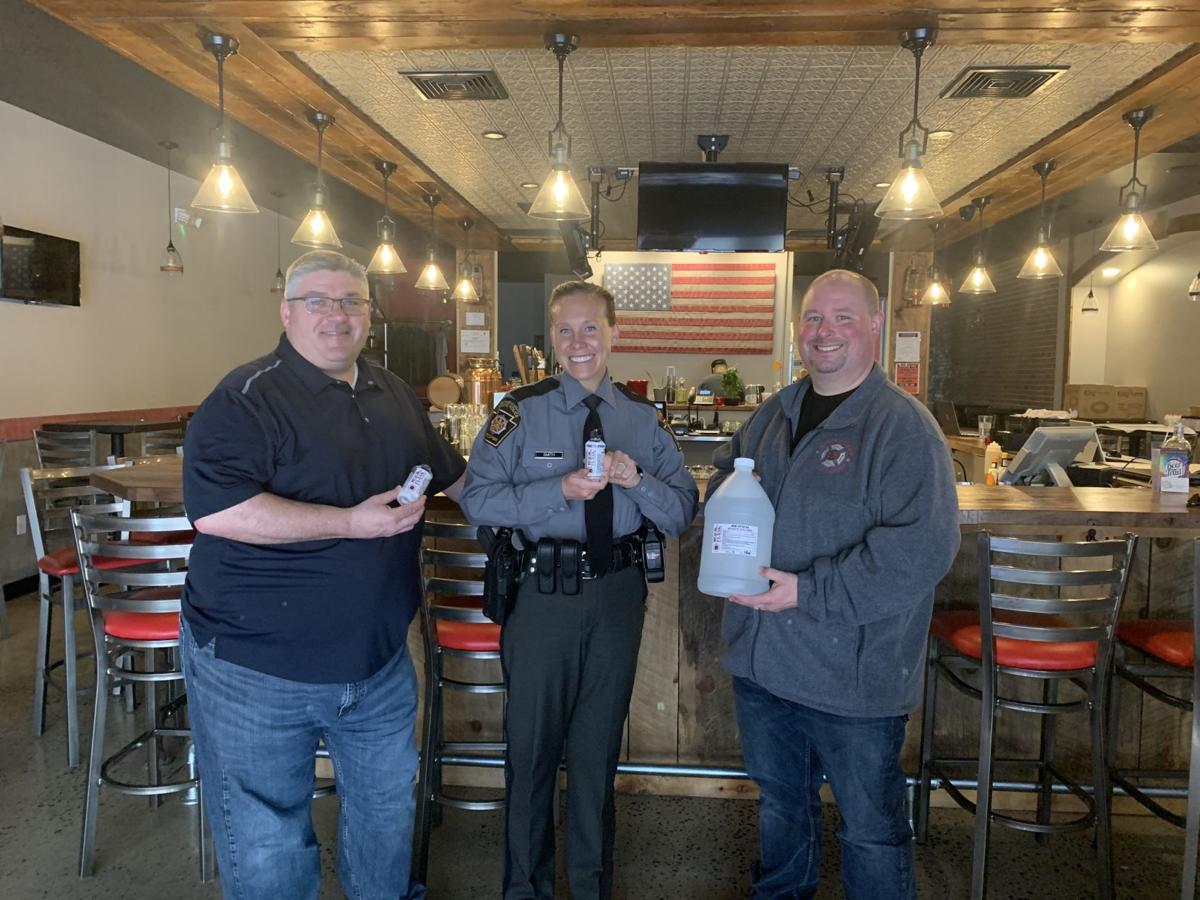 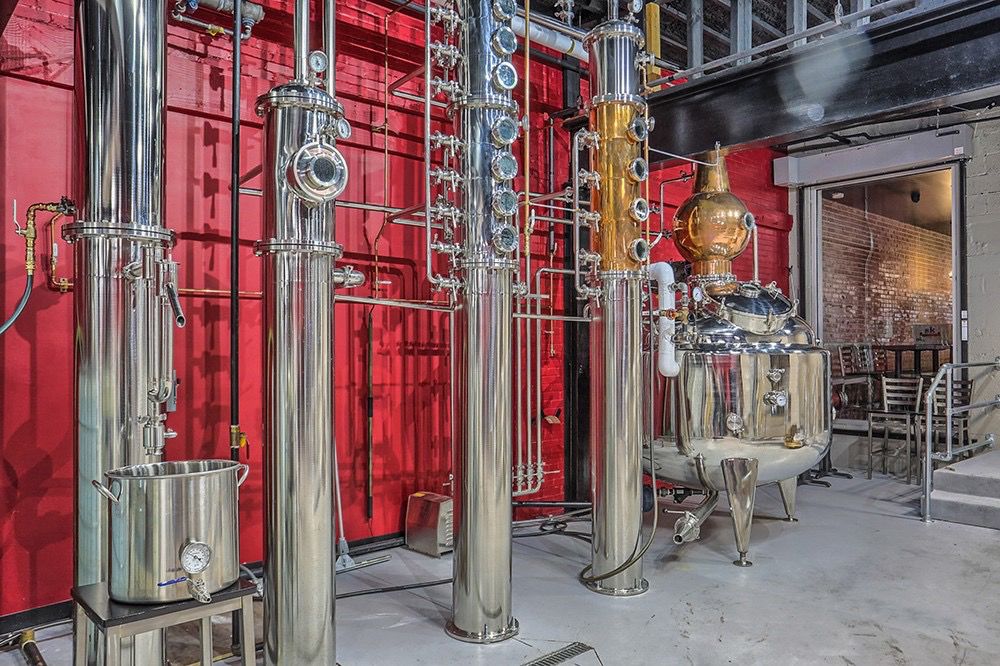 The vodka still at Hook and Flask Still Works in Carlisle is being deployed to make alcohol for much-needed hand sanitizer. 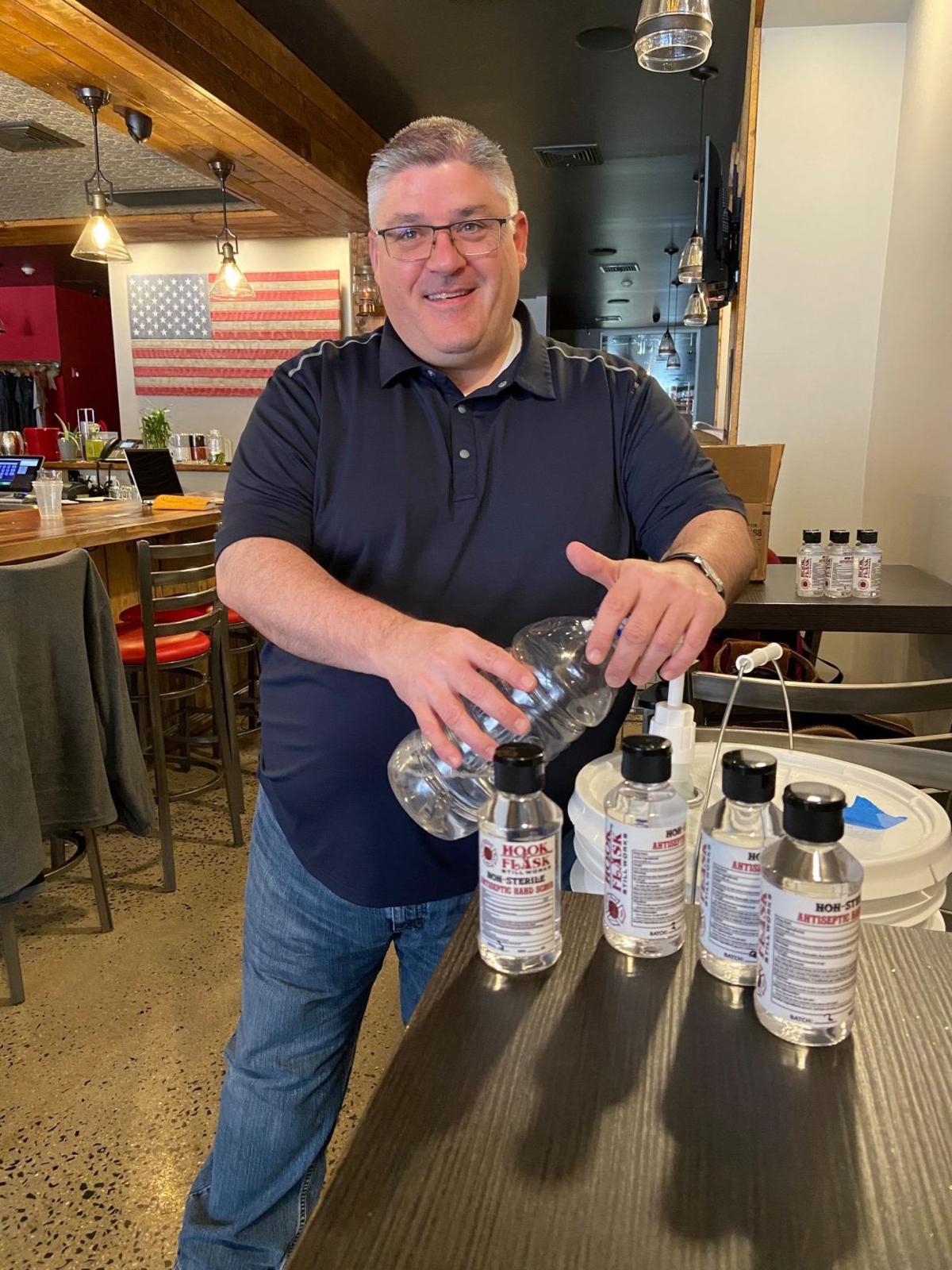 The vodka still at Hook and Flask Still Works in Carlisle is being deployed to make alcohol for much-needed hand sanitizer.

For the proprietors of Hook and Flask Still Works in Carlisle, service, honor and sacrifice is in their blood.

Mark Farrell and Devin Flickinger, both former volunteer firefighters, have used their distillery not just to concoct liquor, but to make hand sanitizer for healthcare workers and local emergency service personnel during the current COVID-19 health crisis.

“We are both long-time volunteer firemen and my business partner is also a paramedic by trade,” said Mark Farrell, chief operations officer. “It was something that falls in line with what we do. If there is a need, especially if it is with our brothers and sisters in the community of emergency services, that gave us the desire to want to help our community.”

Farrell and Flickinger saw other distilleries around the country using their stills to create hand sanitizer, and started seeking information on the process when they were approached about the idea by a local doctor.

They got to work quickly, churning out personal 4-ounce bottles, or bulk 32- and 64-ounce containers from their location at 137 N. Hanover St.

“We started out making it for healthcare and emergency services. We have a number of people that have asked beyond that, and we are building a list,” Farrell said Monday. “We are making some more this week. I expect and hope that we can get through the initial list of emergency services and healthcare workers after this week.”

The process for making the hand sanitizer is not much different from their usual fare.

“We are making alcohol to make the hand sanitizer,” Farrell noted. “It’s very similar to making vodka. We actually run the still a little hotter to get the proof up a little bit higher, but the process is very much the same.”

They begin with corn, which is what they use to make their vodka and the unaged whiskey they use for their moonshine, adding corn and water in a mash tun, where it is cooked with yeast and yeast enzymes. Afterwards, it ferments for five days.

A stripping run removes water, yeast, and sediment out of the mash before it is ready for a final distillation. When the alcohol is finished, they mix it with hydrogen peroxide and glycerine to create the hand sanitizer mix.

The result is a liquid hand sanitizer, not a gel similar to what is available commercially.

Thus far, several Carlisle fire departments, the Pennsylvania State Police, the Dickinson College Police Department, local nursing homes and doctors, the Salvation Army and others have stopped by Hook and Flask Still Works to pick up their share.

For the State Police Carlisle Barracks, Hook and Flask Still Works provided personal bottles for all of their patrol officers and a gallon jug to fill the dispensers throughout their station.

“People have been picking stuff up. It’s been an interesting process. It’s good that people are happy to get it,” Farrell noted. “We’ve been busy. We decided not to charge for it, but we’ve gotten people that have given donations to help us offset the cost and that has been working out pretty decently.”

He continued, “There is still an opportunity cost because we’re not making vodka, we’re making something else, but being able to help cover our cost on grains, bottles and peroxide is helpful because we are trying to keep our business afloat.”

Hook and Flask Still Works has been open just 8 short months, and the bar/restaurant remains open Wednesday through Sunday during the statewide shutdown for all businesses deemed non-essential.

Like many small, local businesses, Hook and Flask Still Works is trying to make the best of these tough economic times, offering take out and are doing curbside pickup of food and bottle sales, as well as doing home delivery within 10 miles of Carlisle.

“Our regular customers and people in the community period, they’ve been great. Other businesses in the community have been great,” Farrell stated. “Like every other business out there, we are trying to survive through this. Business has been decent, it’s been better than I expected it to be through this. That’s encouraging for us as a new small business.

“I’m grateful that because we sell food we are allowed to be open. I feel bad for a lot of our neighbors that can’t be open. We got a great town with a lot of good merchants that are really good to each other. I hope this doesn’t change our landscape that much in town and that people are able to sustain their businesses.”

NOTICE The Board of Supervisors of Southampton Township - Cumberland