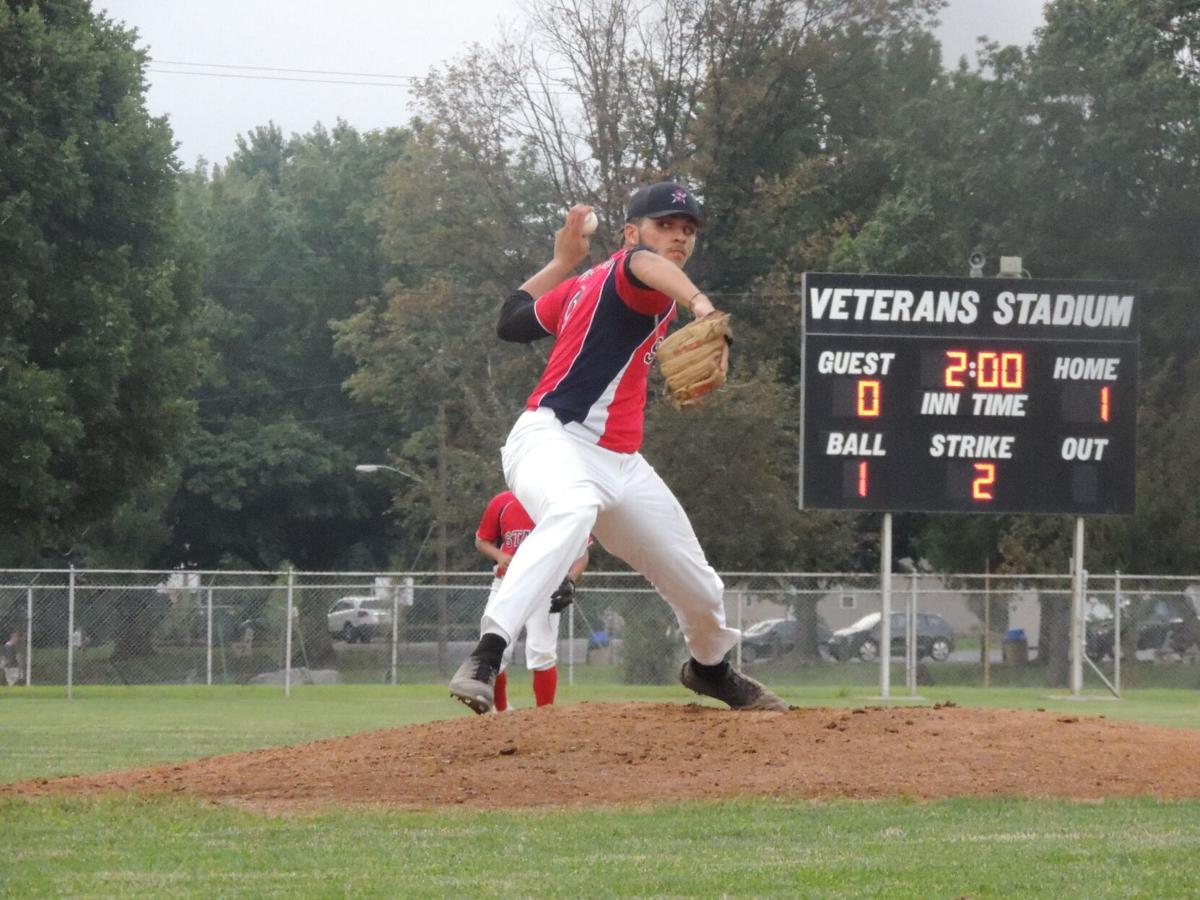 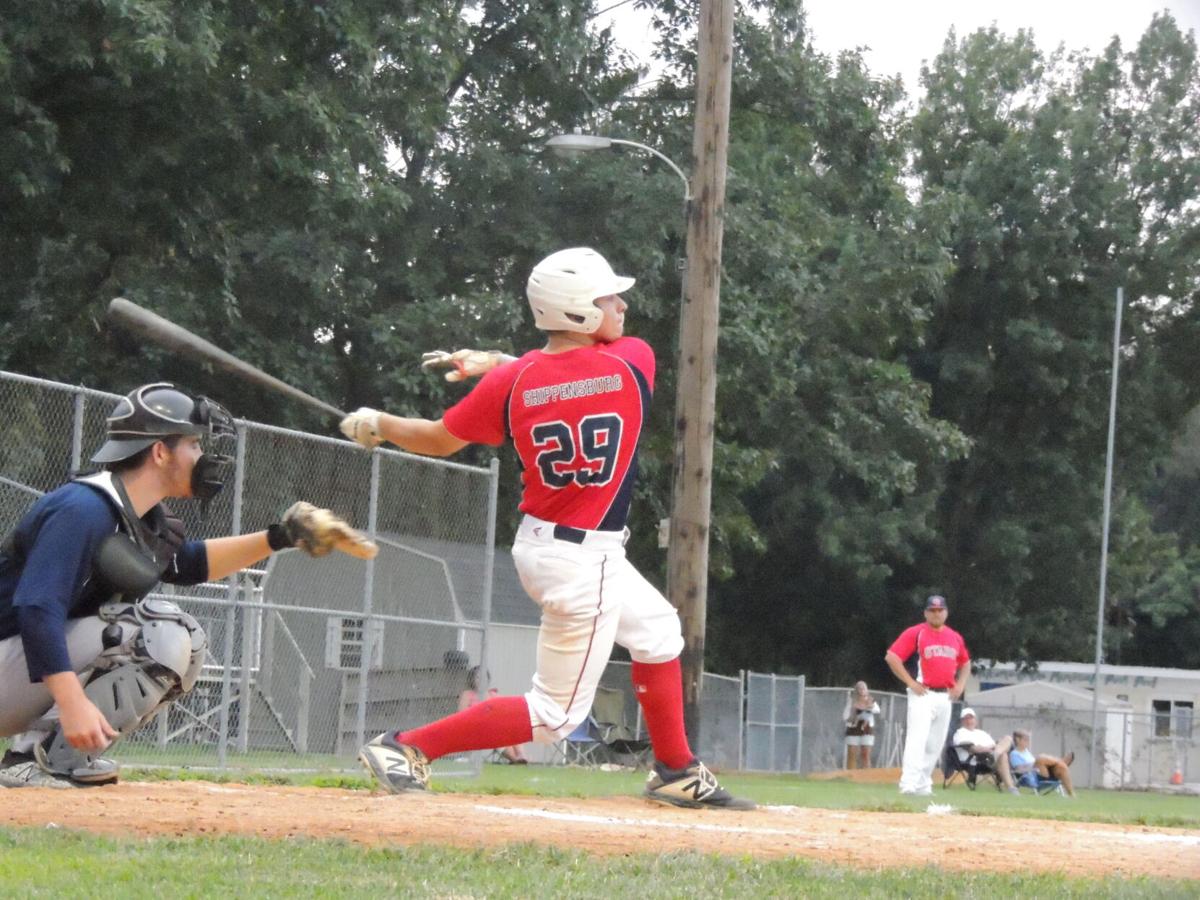 Colten Zeigler connects on a hit during the Stars’ 5-2 loss to Littlestown Thursday at Shippensburg Memorial Park.

Colten Zeigler connects on a hit during the Stars’ 5-2 loss to Littlestown Thursday at Shippensburg Memorial Park.

Dreams of a postseason crown in their inaugural season in the South Penn League turned into an early playoff exit for the Shippensburg Stars this past weekend.

The Stars, the No. 3 seed, had trouble finding offense in back-to-back losses during the double-elimination tournament, coughing up a late lead against No. 6 seed Littlestown Thursday, 5-2, and dropping a 6-1 decision to No. 9 seed Gettysburg Sunday.

Center fielder Jared Pine got the home team on the board early with a lead off triple and a run scored in the bottom of the first. Brock Piper later added an insurance run with a sacrifice fly in the sixth, giving the Stars a 2-0 edge heading into the final frame.

The Dodgers executed small ball to perfection, netting several bunt hits to help spark a massive 5-run seventh inning rally from which the Stars were unable to recover.

The loss turned out to be a back-breaker for the Stars, as they only managed a single run of offense in an elimination game loss to Gettysburg Sunday afternoon at Shippensburg Memorial Park.

Right fielder Braden Petty doubled and scored against the Grays in the opening frame, but the underdogs answered with 6 unanswered runs.

The result was a disappointing ending to an outstanding regular season for the club. They finished their first-ever season in the South Penn League with a 14-6 record, and finished just a game out of the Hagerstown Braves for a regular season title.

Afterward, Stars head coach Josh Petty thanked Stars General Manager Todd Martin for all of the hard work he did behind the scenes from equipment, to scheduling, field prep and fundraising; and he remained immensely proud of what the team was able to accomplish this summer.

“In a time with a lot of questions and unknowns, we were blessed to get to play a baseball season. Free from all the issues the world has going on,” said the Stars’ skipper. “We gelled instantly as most guys didn’t know each other on a team where everyone grew close from day one and had a bunch of fun together. We started something that we can build from and continue to grow for many years to come.”

He continued, “We got a lot of guys some important reps on the field, the mound, and at the plate. I’m proud to have gotten to coach these guys this summer, and I’m already looking forward to next year.”