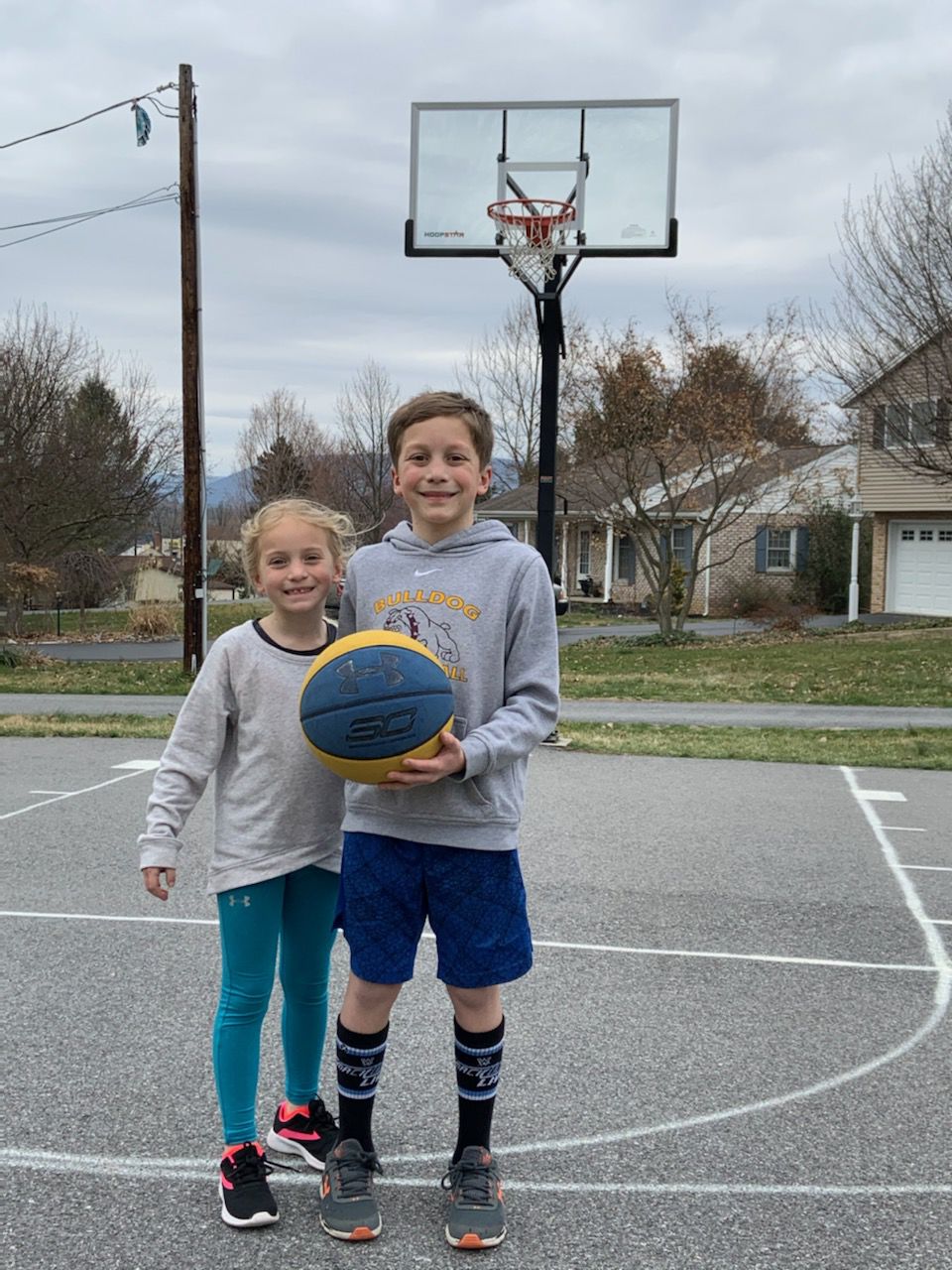 Jordyn Graham (left, 1st grade) poses for a picture with brother Konnor (3rd grade) after getting some shots up this past week. BSSD students accomplished their 3-week goal of 100,000 made shots in five days as part of the Big Spring March Madness Shooting Challenge. 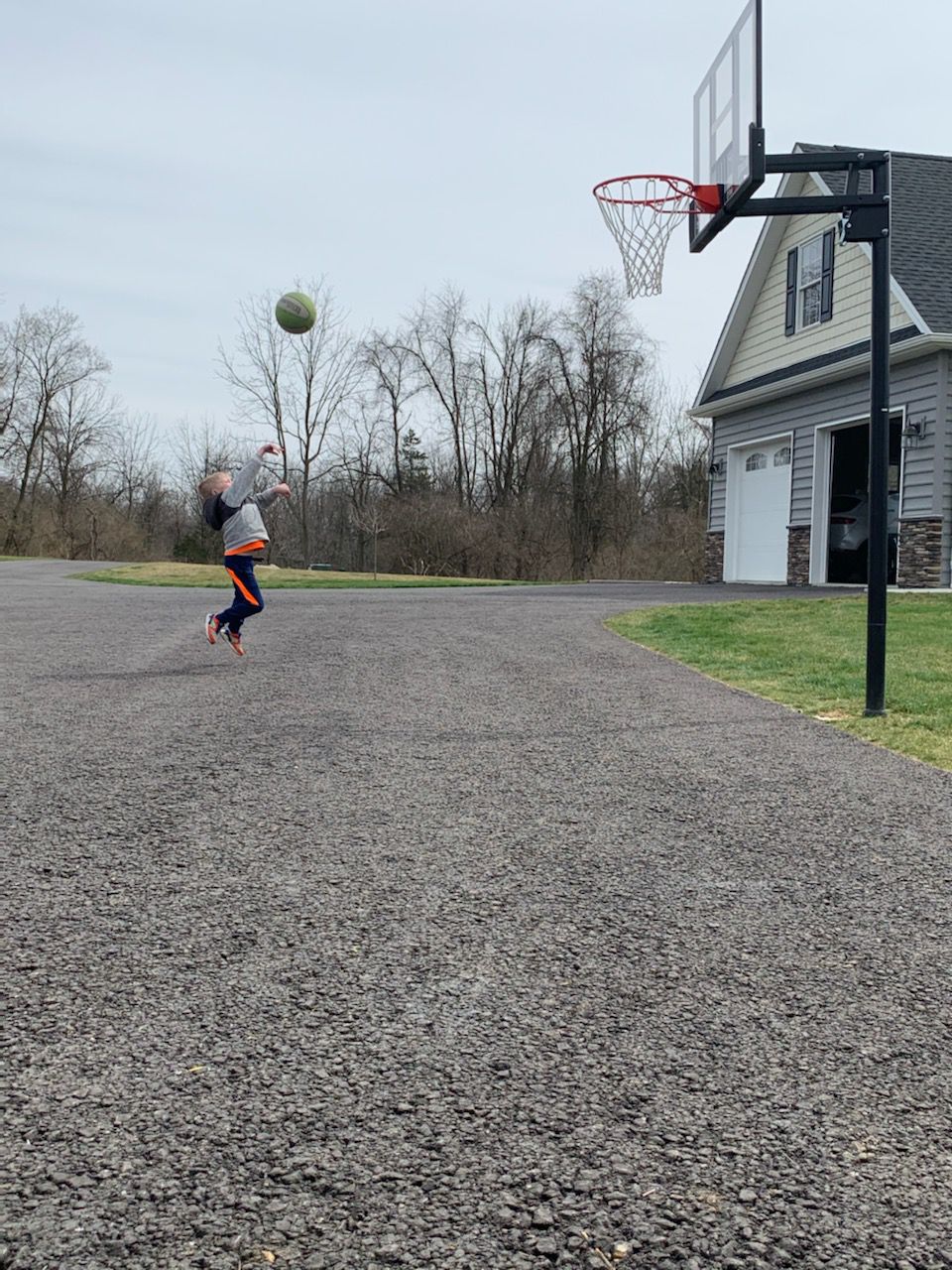 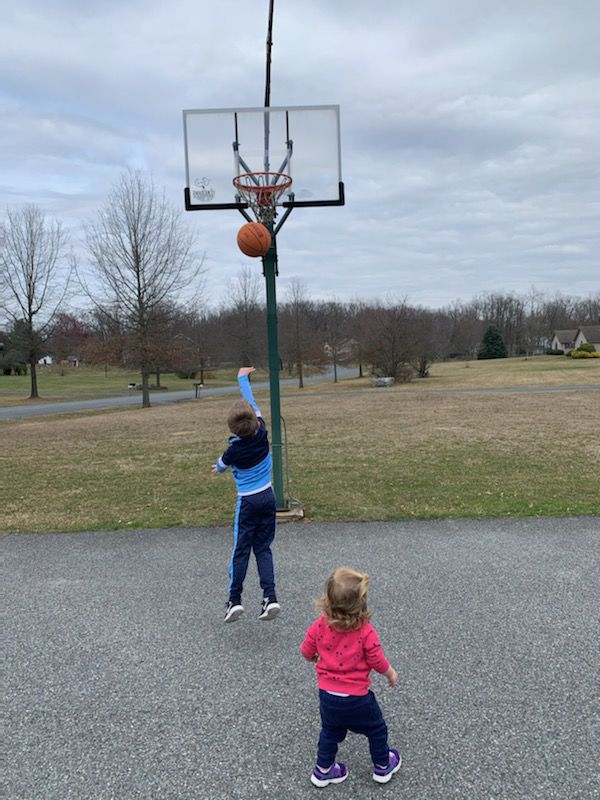 Jordyn Graham (left, 1st grade) poses for a picture with brother Konnor (3rd grade) after getting some shots up this past week. BSSD students accomplished their 3-week goal of 100,000 made shots in five days as part of the Big Spring March Madness Shooting Challenge.

March is normally the time for brackets, buzzer-beaters and upsets. But with the NCAA Tournament canceled due to the coronavirus outbreak, students in the Big Spring School District have been able to fill the void with a different kind of March Madness.

Big Spring High School Varsity Boys Basketball Coach Jason Creek discovered a formula to get students off the couch while they are stuck at home by challenging them to make 100,000 shots over the next three weeks. Creek dubbed it “Big Spring March Madness,” and the exercise, which began on March 18 and runs through April 8, has already proven to be an enormous success.

“This’ll be the time of year where I am normally trying to fill out my bracket, highlighting my winners and crossing off my losers. This is what is filling that time for me,” Creek said Friday. “We are on Day 3 today and we are at 65 kids currently, and we are at 32,626 [made shots]. That’s only after two days.”

Coach Creek has tracked their progress and provided updates daily on his Twitter page @Coach_Creek. Through Sunday, Big Spring students had made a total of 107,115 shots, already eclipsing the original 100,000-shot goal.

Sixth grader Maria Tandle tops the individual leaderboard with 8,129 shots made. Fifth grader Tyler Kunkle is second with 6,340 shots made, and sixth grader Isaac Sollenberger is third with 6,184.

When Handle’s score of 1,023 came in on Day 1, Coach Creek had to reach out to Big Spring Girls Basketball Coach Randy Jones for more intel.

“Maria Handle, she can play?” Was the text sent out by Creek.

“I would love to see it get to a million, but what I want to see is the kids to consistently put a new score in every day,” Creek mentioned. “Even the ones that are not getting a lot of shots in, it’s still neat that they are reporting their score and working toward that overall number.”

Vespignani challenged the CV boys basketball team to make 1,000 apiece and coined it “March Madness.” Creek, however, is seeking contributions from boy and girl basketball players of any age.

The challenge has spawned a number of different positives. Most importantly, it provides kids with a productive use of time, a chance to go outside and get some exercise. It also gives them a goal to shoot for and track as they attempt to make their way up their leaderboard, all while improving their jump shot.

“It keeps them shooting the basketball, which always makes Coach Jones and I happy,” Creek noted. “I know how it is having three kids of my own. They are getting a little bit of cabin fever already. We might be early in this whole process, so it’s cool to at least give them 21 days of something to look forward to.

“I am pleasantly surprised with the amount of buckets that are being made. I know how hard it is to make 1,000 shots in a day. I am watching my kindergartener out right now and he is putting together 200-300 shot days. These kids are out there really getting a lot of shots up.”

There is, however, one group that has been conspicuously absent from the top of the leaderboard -- Creek’s own returning varsity players.

Through Sunday, sophomore Matthew Ward is tops among Bulldog varsity players in 14th place with 2,420 made shots.

“They are going to hear about it at some point,” Creek said with a laugh. “I sent a mass message out to my returning players and said where are all you guys in my contest? They said, ‘Does 2K count?’ I was having fun with them and giving them a hard time because they are obviously spending more time on the sticks than they are outside.”