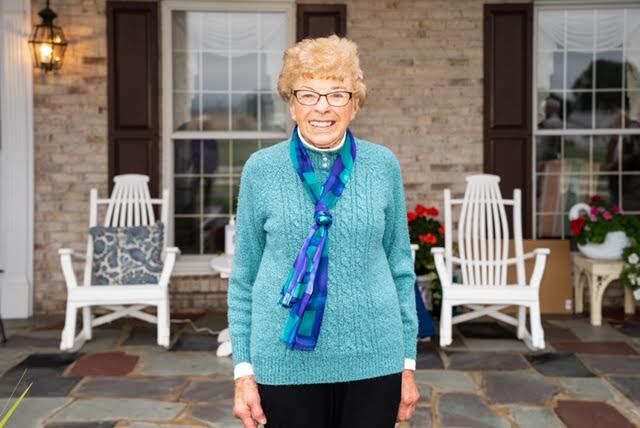 Anna Grove of Shippensburg celebrated her 100th birthday on Oct. 11 with a drive-by parade on Clearfield Road. 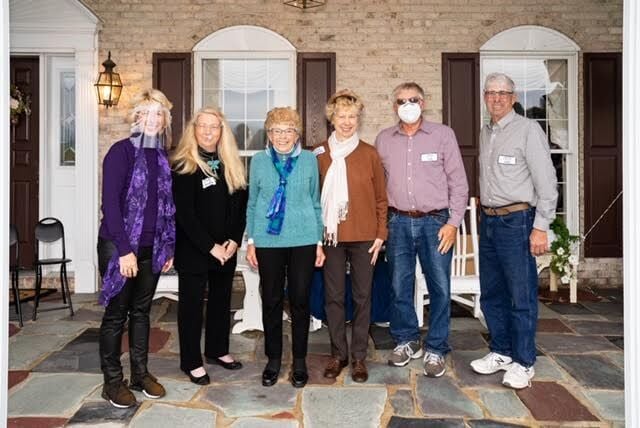 Anna Grove of Shippensburg celebrated her 100th birthday on Oct. 11 with a drive-by parade on Clearfield Road.

Anna M. Grove of Shippensburg celebrated her 100th birthday on Oct. 11, 2020, with a drive-by parade on Clearfield Road.

Friends and family in vehicles were greeted by Grove’s five children and spouses and 10 grandchildren. Seventeen great-grandchildren also participated in the event, along with three grandchildren from the Netherlands via video chat. All wore masks or face shields.

Grove personally welcomed all guests from her front porch.

“I loved every bit of it,” said Grove, who received more than 200 birthday cards for the occasion.

Grove was born on Oct. 8, 1920, to Henry and Emma Mellinger of Rapho Township in Lancaster County. One of her earliest memories includes when electricity was put into the country home she shared with her seven brothers and sisters. She also fondly recalled the two-person swing underneath the family maple tree. “We children had a lot of fun with that,” she said.

She moved to Franklin County in 1942 after marrying Walter W. Grove. The couple bought the family farm from Edward Grove around 1946. The birth of their children followed: Dena Stoner of Arlington, Virginia (1947); Carol Hoffman of Chambersburg (1949); Jay Grove of Shippensburg (1953); Jeff Grove of Shippensburg (1955); and Colleen Savelkouls of Waspik, the Netherlands (1962).

Grove is honored to have witnessed the growth of technology in the past 100 years. “I remember just being so excited to see a small airplane in the sky,” she recalled. “Now, there’s so many jets.” She herself has traveled to Europe three times.

She notes the design and availability of cars is also a stark shift. “They’re especially different in the price,” she said.

Grove is a member of the Chambersburg Brethren in Christ Church and is a charter member of the Franklin County Farm Women Group 2. A lover of cooking, she is known by her family for her pies, her Thanksgiving turkey, and her canned goods that have won numerous ribbons at the Shippensburg Fair.

When asked what it feels like to be 100, Grove laughs. “You’re maybe a little stiffer or slower. Maybe your joints don’t work as well. But overall, you don’t know it. You don’t feel any different.”

ADMINISTRATRIX'S NOTICE Matthew A. Mitchell, deceased Notice is hereby given