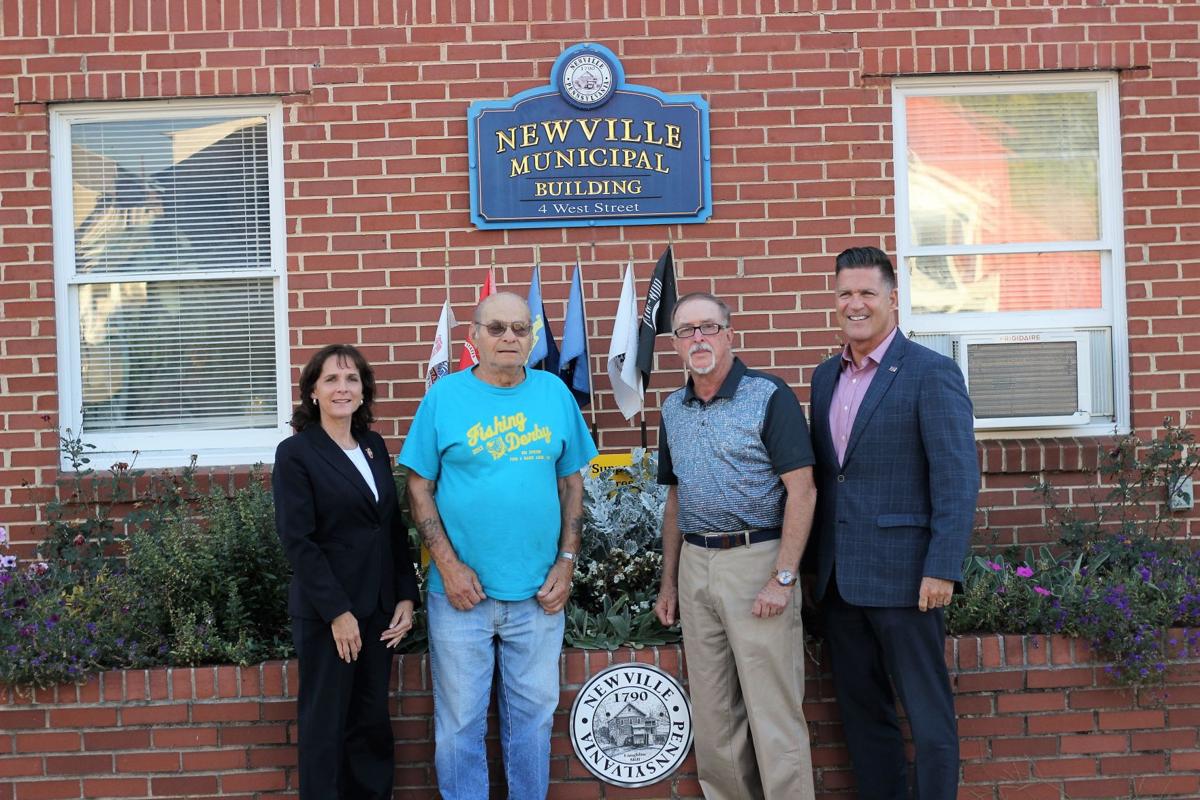 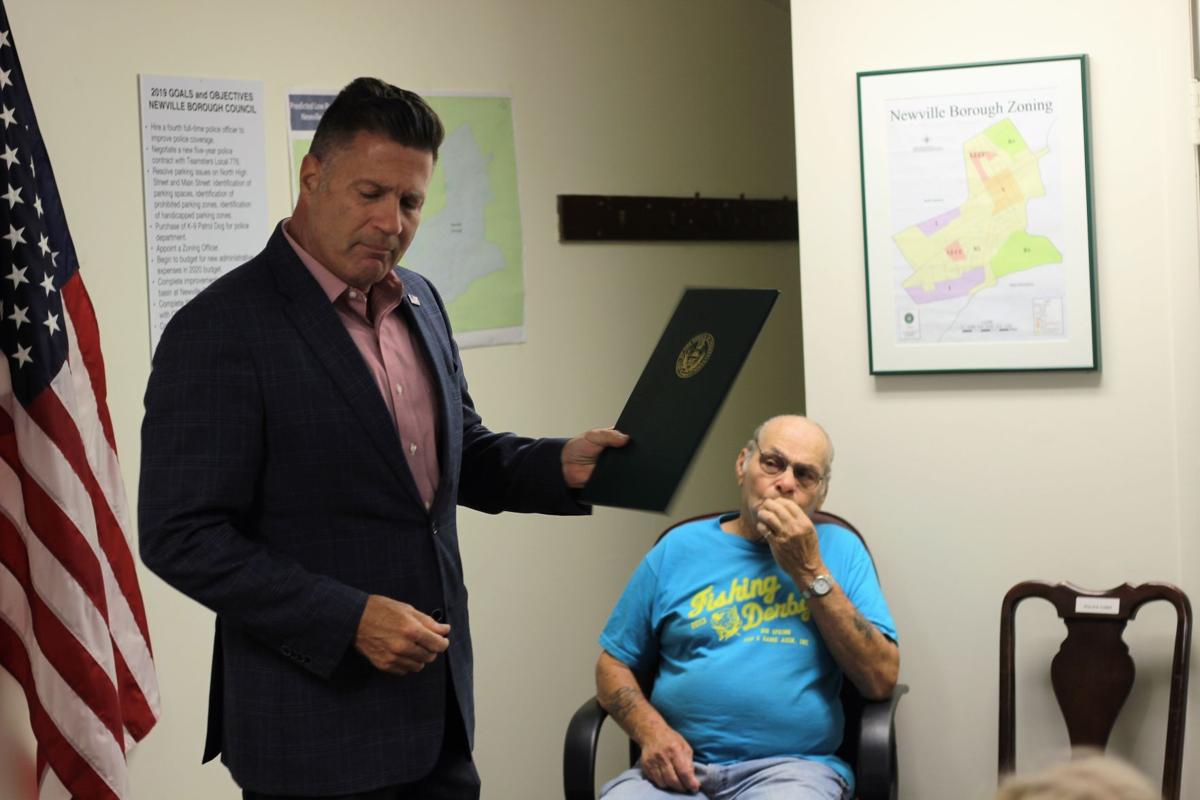 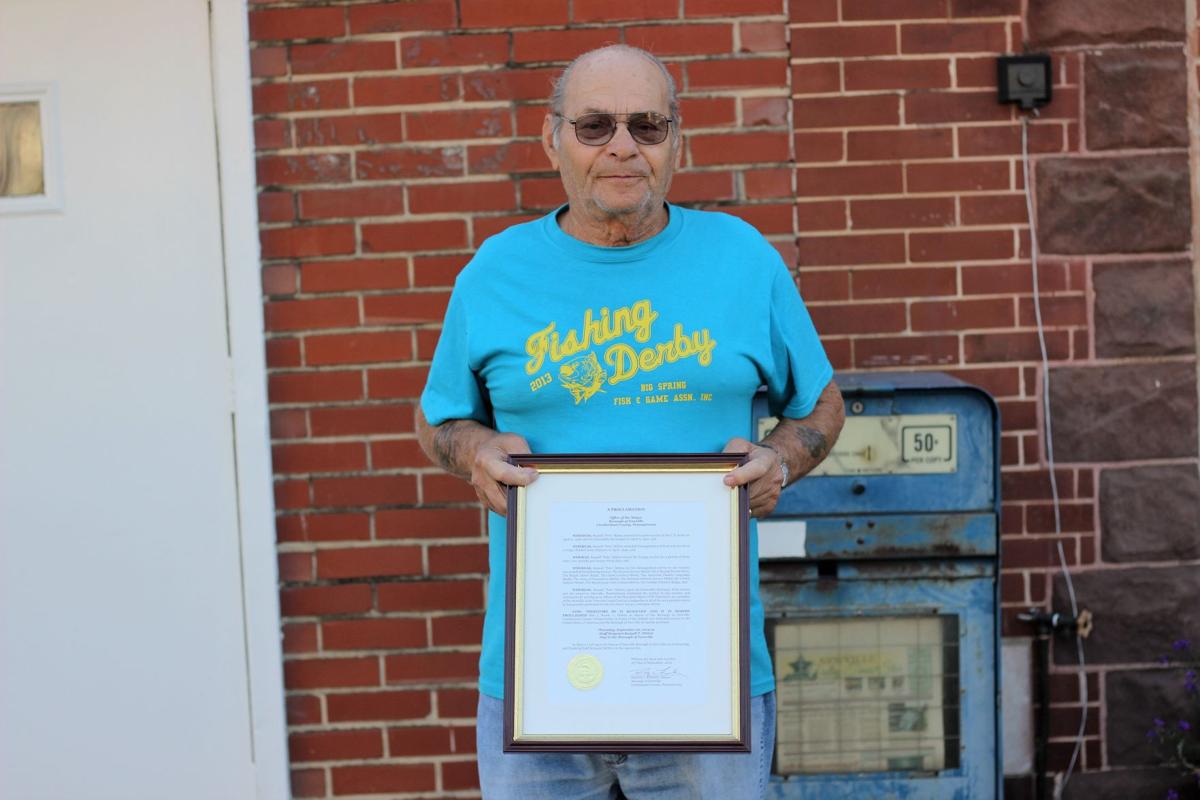 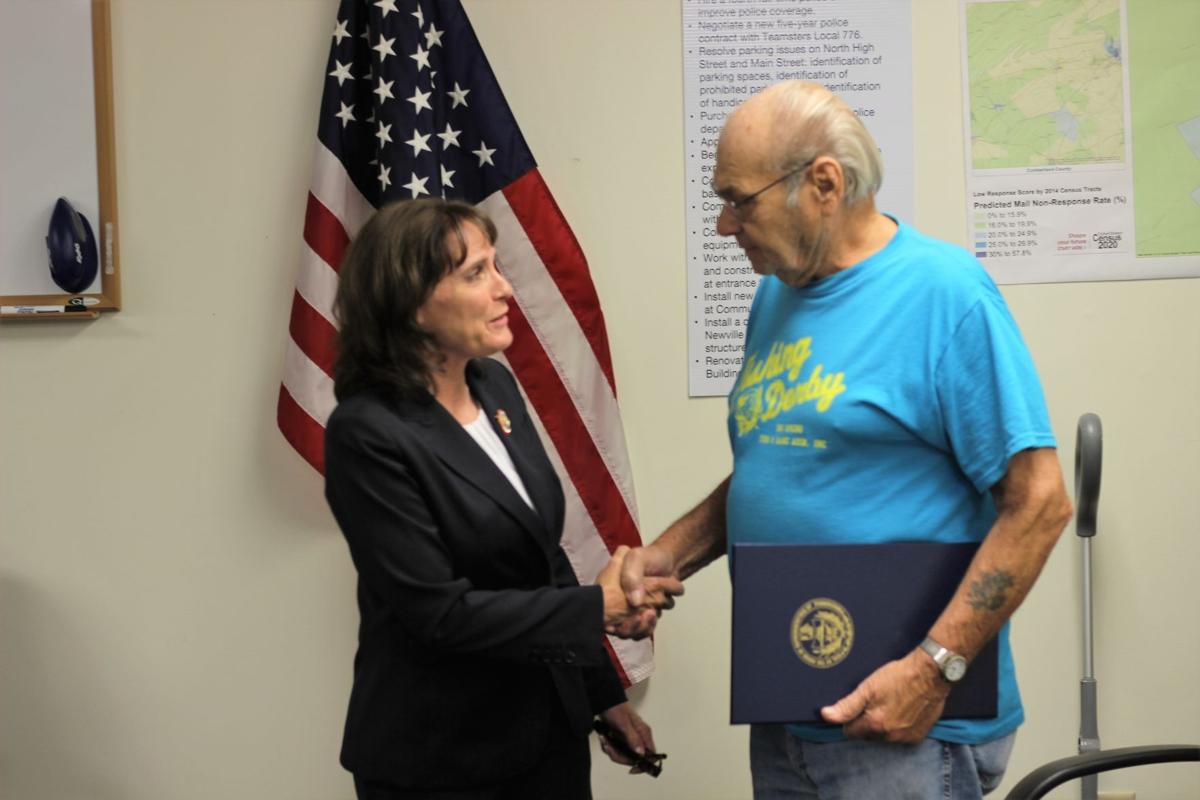 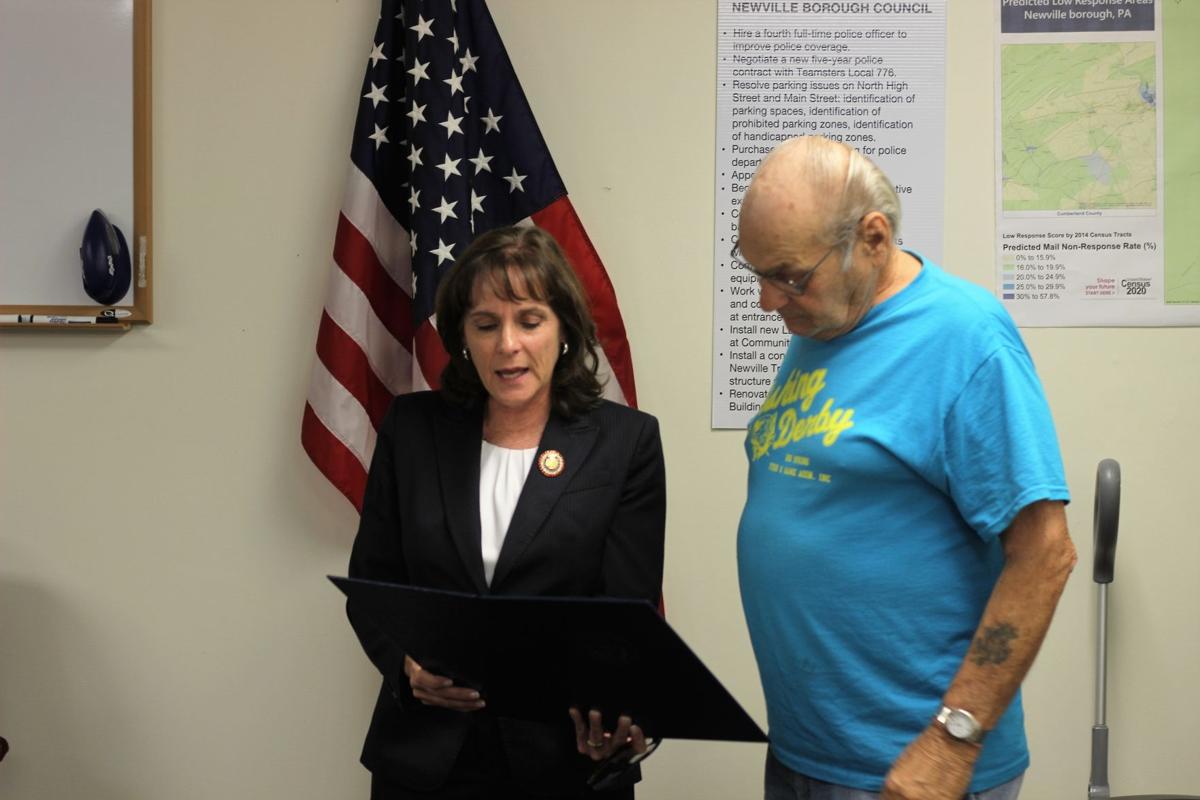 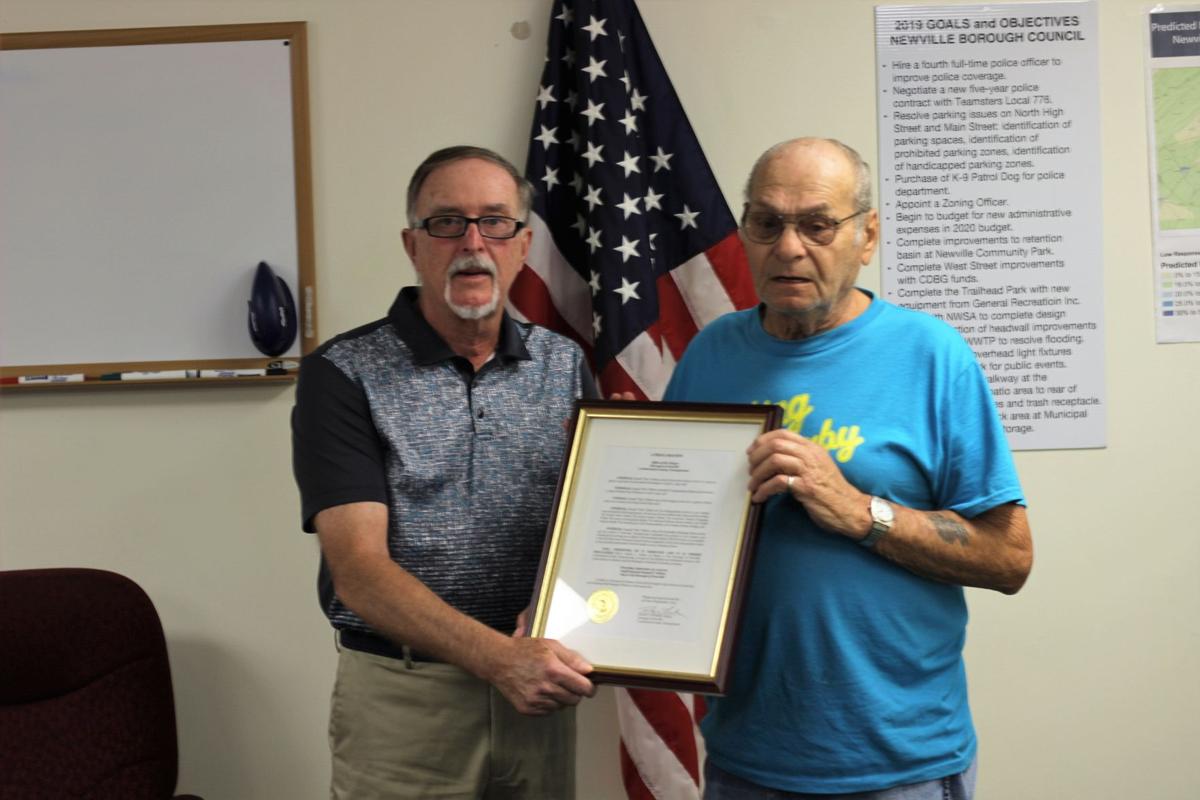 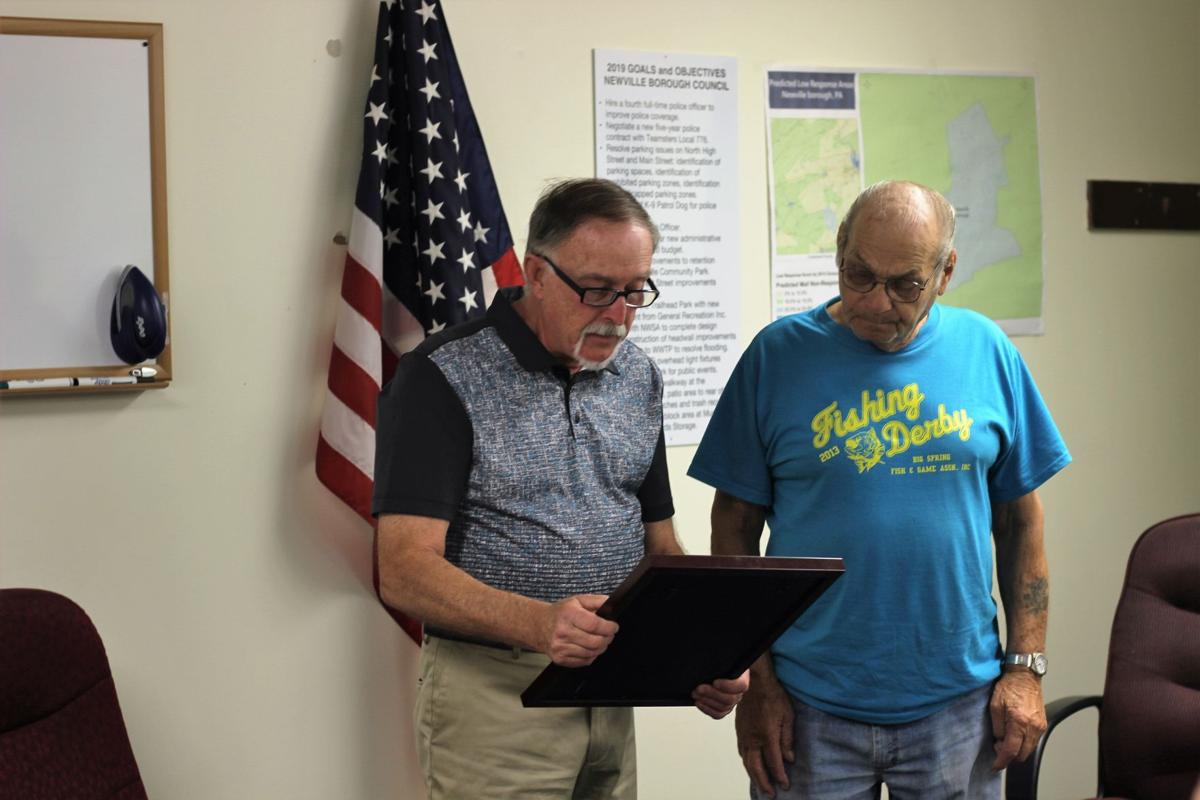 Family, friends and borough officials succeeded at keeping the special day under wraps, and the decorated Army Veteran -- who celebrated his 89th birthday a few weeks ago -- expressed his astonishment at the individual recognitions from each of the dignitaries.

Mitten is a Korean War Veteran who served in the Army for more than three years, and earned many awards for his service, including The Korean Service Medal with Five Bronze Service Stars. He has been a member of VFW Hamilton-Myers VFW Post 6070 in Newville for 65 years, and served five terms as commander.

With this proclamation, he named Mitten as the inaugural member of a new program meant to honor Newville Veterans who have not only served their country, but continued to serve in their communities after being honorably discharged.

Gleim provided Mitten with a House Citation from the Commonwealth of Pennsylvania that honored Mitten for his dedicated service.

“I am so humbled to meet men like you, because I always say, if it weren't for men like you serving, I wouldn't have had the liberty and the honor of running for office in a free society today,” Gleim said. “I just look at men like you, and think of all that you've done for our country, and it is just so amazing.”

Regan, who serves as chairman of the Veterans Affairs and Emergency Preparedness Committee, presented Mitten with a Senate Citation from the Commonwealth of Pennsylvania for his sacrifices made in defending the country's freedom.

Regan said Mitten ranks up there with the greatest Veterans he has ever met.

“The one thing that really jumps off the page to me is five Bronze Stars. I don't think I've seen that, as a matter of fact, I know I haven't seen that,” Regan noted. “This is a hero. This is an American hero. It's really touching that these guys went overseas, and served so admirably, and then they came back, went to work, raised their families and contributed to society.”

Mitten teared up and was at a loss for words during the ceremony. He did manage to muster up some words after the presentations. He also thanked all the people in the room multiple times.

“I've done so much -- 65 years that I have belonged to the VFW,” Mitten said. “I enjoyed all the years. The part I don't enjoy is what happened to our VFW two years ago. Our VFW was probably one of the best run in the 18th District.”

Finkey, who is also a Veteran member of the VFW, also shared that Mitten was one of the people to introduce him to the VFW.

“Pete taught me what it meant to be a VFW member, and there was a time when my state police career took me to other places, and I was not active here,” Finkey said. “Recently, we were in the process of rebuilding this post. I came back to it, basically because Pete asked me to. That's the amount of respect I have for him.”

Mitten entered active service in the Army on April 6, 1948; attended transportation school as a cargo checker; spent two years deployed in Japan; spent another 16 months deployed in Korea; and was honorably discharged from military service April 5, 1952. He served his country overseas for three years, two months, and 21 days.

Mitten grew up in Landisburg, Perry County, and moved to the Newville area in 1954. He has been retired for 26 years.

In addition to being appointed commander of the VFW five times, he has served every office position of the organization. He also was County Council Commander twice, and a member of the Newville Joint Veterans Council.

His wife, Jean Mitten, attended, along with their two children, Rusti Mitten-Rynard and Russell Mitten III. Mitten's son-in-law, Scott Rynard, and daughter-in-law, Heather Mitten, along with his 4-year-old granddaughter, Rylie, were also present.

“It's a very deserving day, and something he has worked for his entire life,” Scott Rynard said.

Rusti Mitten-Rynard said, “I just think it's a great honor. He's definitely a dedicated Veteran with 65 years in the VFW. It's always been very important to him.”

Jean said, “We are just so proud of him. That is for sure. There's not too many words to express sometimes how proud you are of somebody. He's just done a great job.”

Notice is hereby given that REC DC LLC has submitted

ESTATE NOTICE Notice is hereby given that in the estate