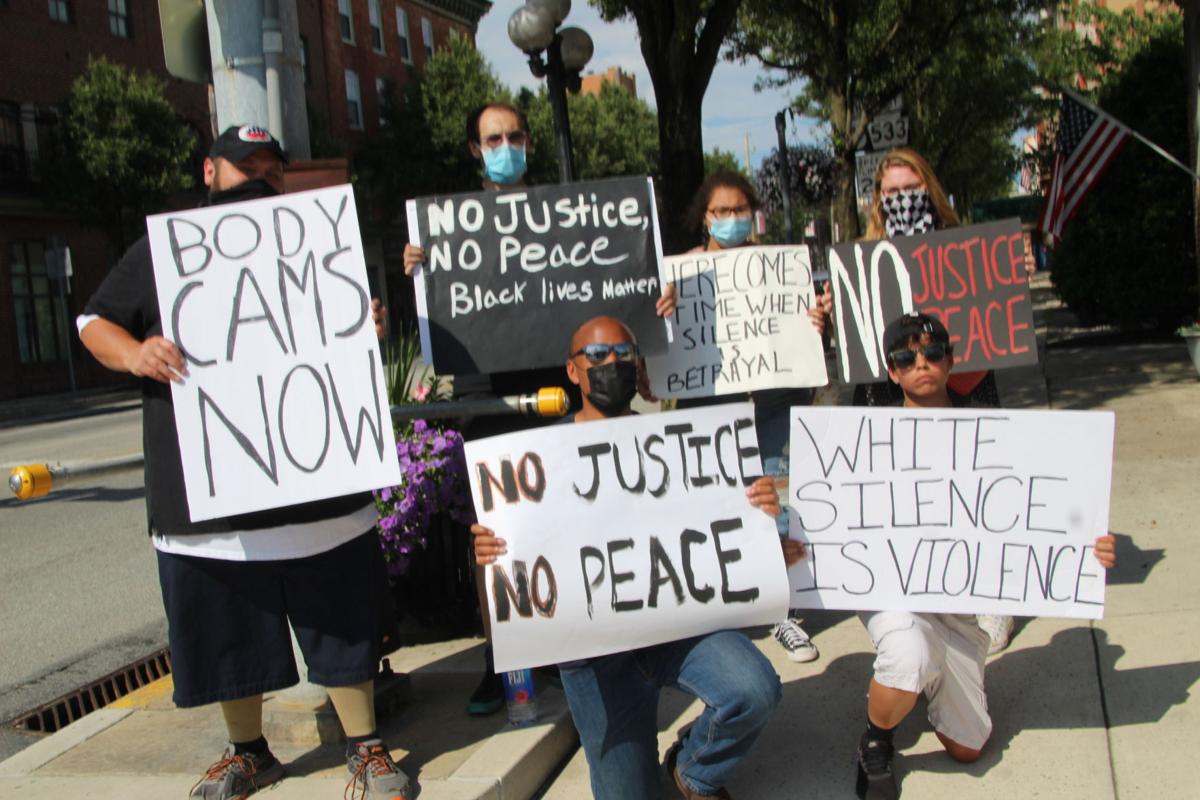 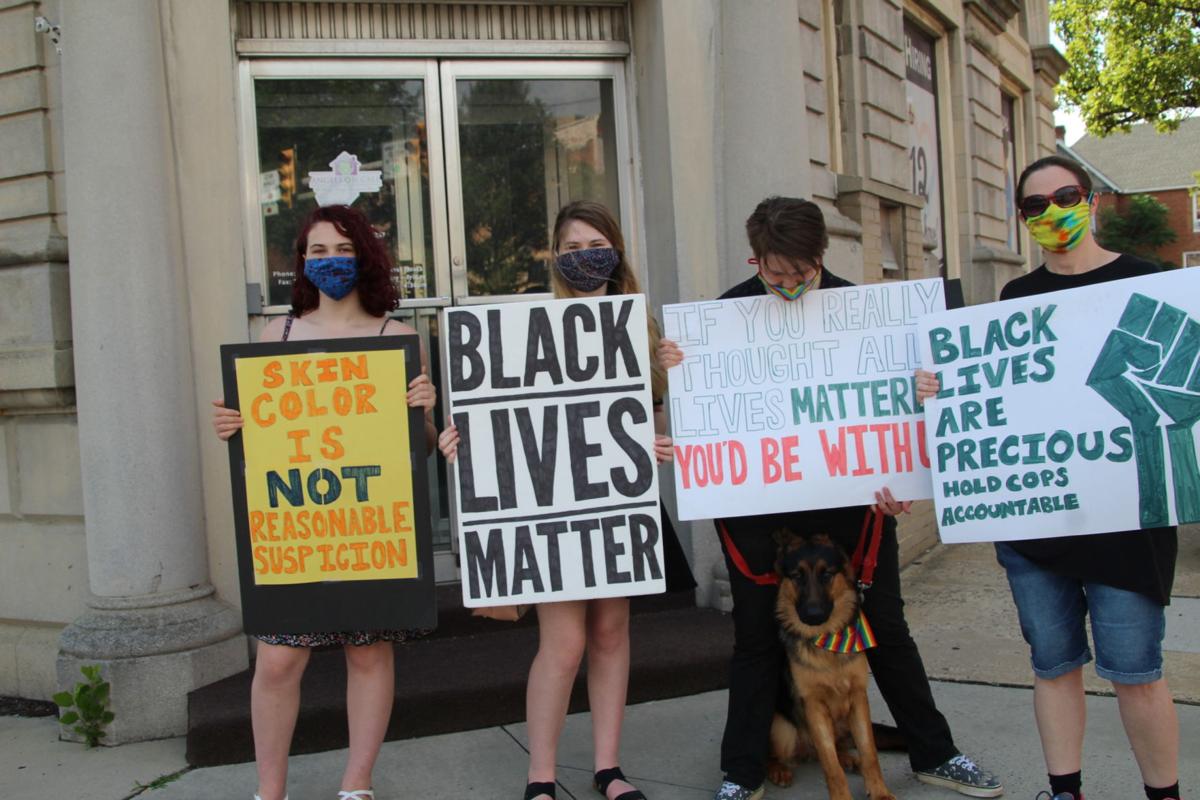 Protesters held signs in support of Black Lives Matter and police reform at the intersection of King and Earl Streets in Shippensburg Tuesday. 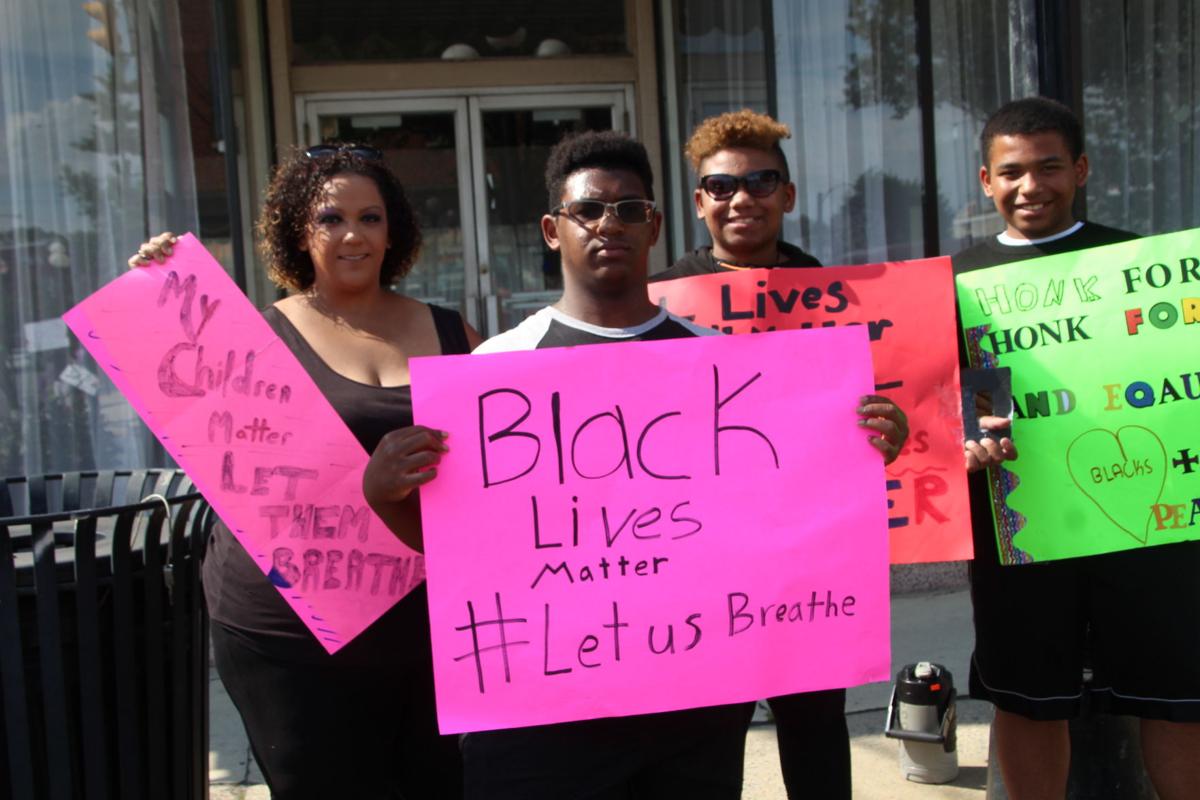 The Kater family of Shippensburg were among those that attended a Black Lives Matter and police reform rally downtown Tuesday.

Protesters held signs in support of Black Lives Matter and police reform at the intersection of King and Earl Streets in Shippensburg Tuesday.

The Kater family of Shippensburg were among those that attended a Black Lives Matter and police reform rally downtown Tuesday.

A second peaceful protest highlighting the importance of black lives and police reform was held Tuesday afternoon at the intersection of King and Earl streets in downtown Shippensburg.

The protesters joined in the national outcry for change following the murder of George Floyd at the hands of former Minnepolis police officer Derek Chauvin. The demonstration was peaceful, with groups standing on all four corners of the intersection. They all held signs as many passing motorists honked their horns in support. They all chanted while holding their signs, “No justice, no peace,” and “Black Lives Matter.”

Tuesday’s protest wasn’t as large as the June 9 protest held at the King Street gazebo, with only about 21 people in attendance.

Steve Brenize, organizer of the event, said, “If you look at the per capita numbers, more black people die at the hands of the police than white people. I’m here in support of Black Lives Matter.”

Brenize also noted he attended the most recent Borough Council meeting and asked for a 10 percent decrease in funds for the local police department to allow for more investment in other community projects such as a community center for youth. He also requested body cameras for all officers at all times, and transparent onboarding of new officers and training. “Will it happen? Probably not,” he said of the budget reduction.

Cole Goodman, a member of the executive board for the Pennsylvania Democratic Party and an elected state committeeman from Dauphin County, was also in attendance.

“I’m here also to support Black Lives Matter,” Goodman said. “The blacks haven’t mattered in centuries in this country. We’re not going to stop until our government recognizes that Black Lives Matter and we get legislation reform.”

Coleman added, “The Blue Lives Matter is just a phrase and a falsehood. You choose to become a police officer. Change is needed and change must happen. As a black man, I can’t unzip my skin color overnight.”

Chris Traynnam, a protest leader in Harrisburg said, “Black Lives Matter and always will. Change is needed everywhere and a new trend must happen or these protests or rallies will never stop.”

NOTICE Southampton Township- Cumberland County Board of Supervisors will hold