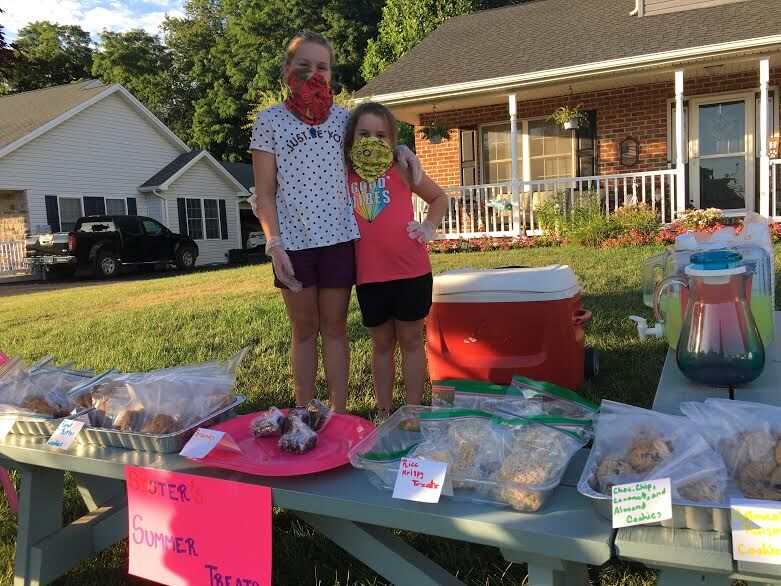 Sisters Peyton Coy, 11, and Addyson Coy, 6, of Shippensburg, pose at their Sister’s Summer Treats stand last week. Proceeds from their sales went to the Cumberland Valley Animal Shelter in Chambersburg. 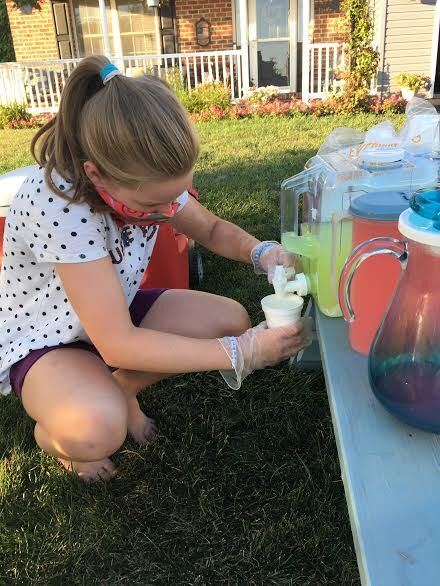 Peyton Coy of Shippensburg serves up some lemonade from the baked goods stand she ran last week with her sister, 6-year-old Addyson. 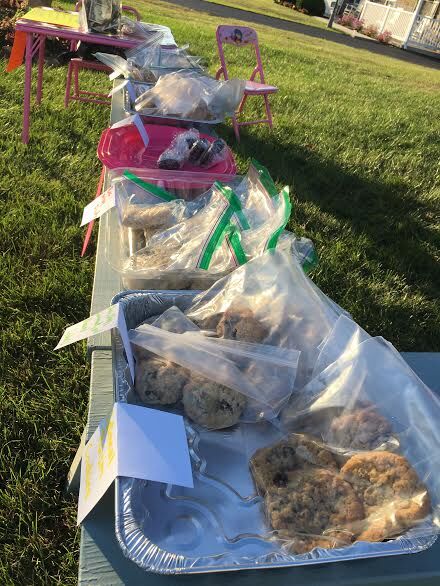 Sisters Peyton Coy, 11, and Addyson Coy, 6, of Shippensburg, pose at their Sister’s Summer Treats stand last week. Proceeds from their sales went to the Cumberland Valley Animal Shelter in Chambersburg.

Peyton Coy of Shippensburg serves up some lemonade from the baked goods stand she ran last week with her sister, 6-year-old Addyson.

The Coy sisters of Shippensburg put their love of animals to work last week as they marketed their own baked goods stand to the community, with all proceeds benefiting the Cumberland Valley Animal Shelter.

Peyton, 11, and her sister, Addyson, 6, brainstormed the idea for the stand, and went door-to-door in their neighborhood last week to market their endeavor to the community.

The Sister’s Summer Treats Sale was a huge success, and the girls were able to donate about $200 worth of needed items for the homeless animals at the shelter. The girls went to the store with their parents, Jocelyn and Bryan Coy, later in the week, and purchased items from the shelter’s wish list to donate.

The young entrepreneurs even helped their parents, paternal grandparents, Greg and Kathy Coy, and maternal grandmother, Sue Stewart bake some of the delicious cookies, Rice Krispies Treats and brownies, and mix up some yellow and pink lemonade to keep their guests hydrated while indulging in their goodies. Friends of the family also helped by making some treats the girls could sell.

Addyson said she first came up with the idea because she wanted to have a lemonade stand. She and Peyton agreed to add treats to their offerings because of the pandemic. The girls wore masks and gloves, and all treats were separated into plastic baggies.

The Coy Family has their own pets -- a dog, hamster and two fish -- and both Peyton and Addyson said their favorite domestic animals are dogs. Addyson even wants to be a veterinarian when she grows up!

“It feels like we had a very good accomplishment, and we should be very proud of ourselves,” Peyton said.

“It feels good to help other people, and animals,” Addyson added.

The girls thanked the nearly 40 customers that helped to support their stand, and the cause.

“We had a lot of fun! It was a lot of hard work! We thank everyone who visited our stand to help the animals,” the girls noted.

PUBLIC NOTICE The Lower Mifflin Township Board of Supervisors will