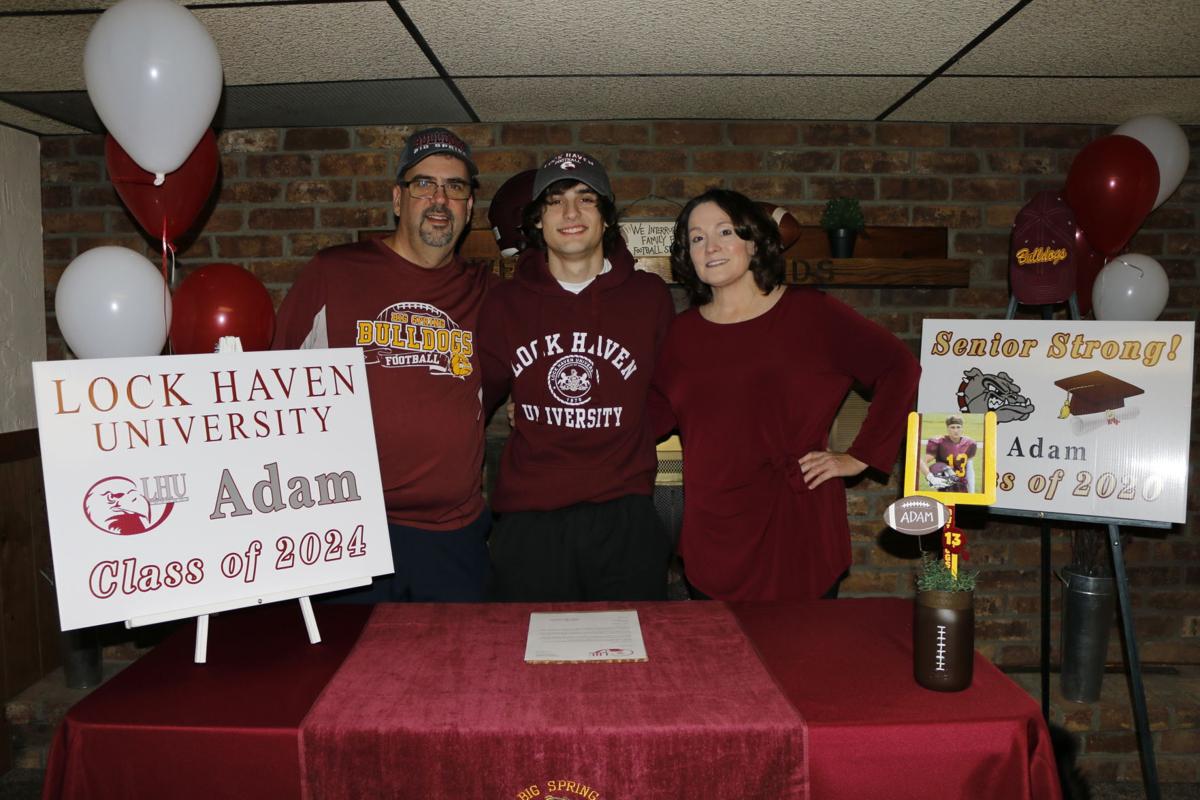 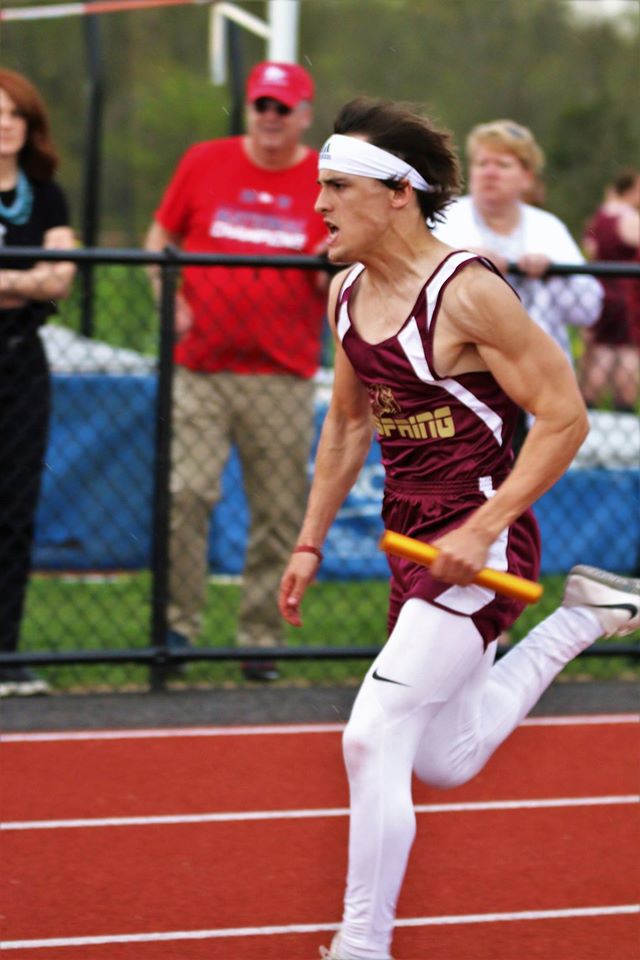 Adam DeGregorio, a Bulldog sprinter, had his sights set on the 4x100 and 100-meter school records before the spring sports season was canceled due to the coronavirus.

Adam DeGregorio, a Bulldog sprinter, had his sights set on the 4x100 and 100-meter school records before the spring sports season was canceled due to the coronavirus.

For high school seniors participating in spring sports, the coronavirus pandemic denied them a final payoff for their years of hard work and dedication and one final chance to represent their school. The Valley Times-Star has begun recognizing Big Spring spring sports seniors to give them the Senior Night they were unable to have on the field.

The boys’ 4x100 relay team entered the season third on the school’s all time list, while Adam had already recorded the fourth fast 100-meter time in school history.

“There were a bunch of records that we were hoping to see fall, but we never got a chance to do so,” Adam stated. “We were working day and night to try and get that [4x100] record. We were looking good, I think we only needed one or two meets and we could have had it.”

He continued, “We were looking forward to a lot. The boys’ team as a whole, this was one of the best boys’ teams Big Spring has had in awhile. [Big Spring track and field] is finally starting to get a foot up on things and Coach [Jesse] Deutsch is doing an awesome job.”

Adam first began to get involved in sports when he was 3 years old, and, like many people, started out in youth soccer.

He joined his first football team in the third grade. He got his first taste of track and field in eighth grade and didn’t like it. After a two-year hiatus, Adam returned to sprinting as a sophomore in high school, and, like football, he became hooked.

“My dad was always watching [football] on Sundays and I thought it was pretty cool. Then I started playing it when I was at recess. I turned out to be pretty good at it, so I thought ‘I guess I’ll try it.’” Adam said. “The competitiveness is what always attracted me [to sports]. It was always a way to hang out with your friends and get to know new people and was always just something to keep you busy, too.”

Adam also answered the following questions regarding his experiences with the Bulldogs:

What do you love about being a Bulldog?

Definitely the support of the community. At football games I’ve experienced it even when I was little. The team could be 0-10 and those stands are full, it doesn’t matter. Everyone loves the teams. It’s not the biggest of schools and it’s not the smallest, so everybody knows everybody. You can talk to anyone about your day, and the teacher is always interested. Everyone in the community knows each other, that’s probably one of the biggest pluses.

Favorite moment as a Bulldog?

That was probably my favorite moment as a Bulldog.

What advice do you have for underclassmen?

Enjoy it, school and sports. With sports, this is the last time you get to hang out with the kids that you’ve grown up with or played with for years. School, enjoy it because, as we’ve seen this year, you never know when that last day is. I hope to God that they do get to have school in the fall. Take in every moment, such as the student section at games, the basketball games and the football games.

What are your future plans?

The speed burning wide receiver originally committed to the Bald Eagles on Sunday, May 3.

“It’s something that I’ve worked for for a while,” Adam said of his commitment. “I’ve had a lot of help from coaches and teammates, so it’s good to see the years and months and days of hard work show.”

He continued, “I was heavily recruited at the DIII level, but you don’t get scholarship funds [in Division 3]. With Lock Haven being a state school, I reached out to the coach and he said there were spots that were still available, so I took it and ran with it.”

He plans to major in business at LHU.

“A business degree is very broad and there is business involved in everything you do, whether you know it or not,” Adam said. “I wanted to do something in supply chain management, which is huge around here, and I like the area and it is something I want to come back to.”

ESTATE NOTICE Letters Testamentary on the Estate of Charles F.